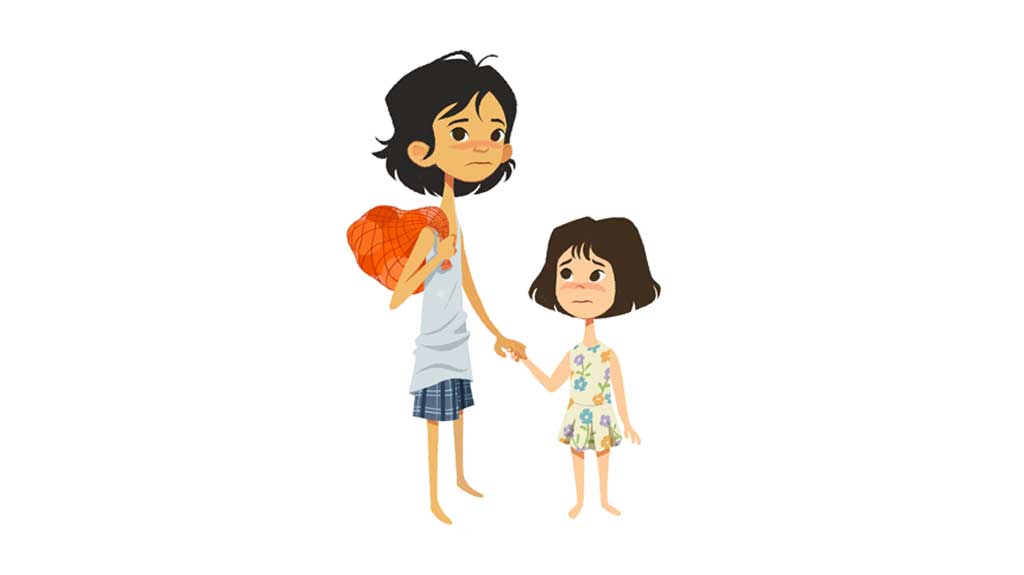 What makes a family, a family? Is it the act of giving birth? Is it from being called mother and father? Is it the million little acts of thoughtful, watchful everyday kindnesses? Is it cooking, caring, and providing for others? Is it the consistent, tender presence that envelops one like a warm embrace? Is it when someone is able to tell something is off with just a glance? Is it building each other up and preparing children to face the big, bad world? Is it the act of passing on everything one knows to their children so they may survive?

Hirokazu Kore-eda’s meditative film The Shoplifters gave me the structure to put into words some of the ideas that I had been grappling with my whole adult life. As a 30-something Indian immigrant living in the US, I have been startled by how much I feel at home in a place half a world away from where I was born, and how much I feel like family with my husband from this part of the world. These distances, physical and cultural, are vast enough that they have given me the opportunity to examine the rules for life and relationships that I had taken for granted.

A miraculous happenstance of genetics results in child, mother, and father, which over generations builds into vast networks of extended families; each role assumed by birth and not necessarily earned. With the birth of a child, predefined roles like sister, brother, grandparents, uncles, aunts, and cousins suddenly get assigned to people who are sometimes barely connected in any meaningful way. In The Shoplifters, Kore-eda has made his case, scene by glorious scene, that a family created entirely by choice is perhaps more of a family than one assigned by birth. There is intent in finding your tribe and choosing a family, person by person. This shoplifting family is one formed as if by magic, like Lego blocks that were meant to be a natural fit. The terms father, mother, and so on, are all convenient stand-ins that allow us to map this group of people who have come together. They needn’t be words defined by birth. Yet somehow, they are.

The Shoplifters is filled with heartwarming sequences of familial bonding. Mother (Nobuyo) and daughter (Juri) embrace over a bonfire of bad experiences. Father (Osamu) helps son (Shoto) overcome a feeling of sibling rivalry, and later, they connect over what it means to become a man. Shoto and Juri bond over chasing cicadas and marveling at blue marbles, like all siblings do. The perceptive grandma with a home remedy for everything, offers her lap as a warm mattress, for her favorite granddaughter (Aki) to seek comfort in. The husband (Osamu) and wife (Nobuyo) rekindle their spark after years of being together. There is the gentle ribbing mixed with some genuine affection between the sisters-in-law (Nobuyo and Aki). Silly magic tricks during family dinners, everyone frolicking at the beach, and scurrying out to watch the fireworks—the vignettes one imagines about a healthy, happy family are all here.

The framing always situates two or more stories happening simultaneously—everyone moves fluidly from background to foreground, and the exquisite detail plays a very important subtextual role. When grandma is examining Juri’s scars, they are framed in the foreground, but out of focus. It is Nobuyo’s face in the background beginning to show tentative concern that is in focus. This is mirrored in a later scene when Osamu and Shoto are framed out of focus in the background, and Nobuyo hugs Juri in the foreground, teaching her the difference between love and abuse. The camera takes us on a guided tour of Nobuyo’s slow transformation into becoming Juri’s mother through what feels like a natural process, shaped by her feelings and actions. Every person earns their way to becoming Juri’s family, through their individual interactions. Just like Shoto and Aki each have their own relationships with others, in addition to a larger family-like dynamic at play.

This camera work turned my viewing of the film into a thought exercise, where the prickly nature of the titular family’s vocations grounded abstract ideas, and really made me consider what my own definitions of family were. There is a constant feeling of discomfort, as each of the beautiful family moments are sandwiched between moments of depravity and suspense that often put the children in a lot of danger. This seemed to me a stand-in for the bad decisions and unintended hurts that all families in the world often inflict upon their young ones. The movie makes us wonder—what if a family that gave its children amazing emotional relationships were also thieves and schemers hustling their way into survival? It made me consider all the contradicting experiences we all share; even the best families leave us with baggage, good and bad. After all, this family is passing along their value system and a way of life to their children, just like I would to my own.

The writing is brave enough to be ambiguous.It let me make up my mind based on how charitable I wished to be. Did Osamu steal Shoto or was Shoto abandoned by his biological family to be found by Osamu? Was Juri really being abused by her biological parents or did Osamu and Nobuyo rationalize their kidnapping with that story? Were Osamu and Nobuyo fulfilling some form of matriarchal fantasy for grandma or were they preying on her for her money and a home? Was grandma truly helping Aki exercise her independence and taking care of her or was she using her to spite the family that was borne out of her husband’s infidelity? Did Osamu and Nobuyo murder Nobuyo’s husband or was it self-defense like they claimed?

Even when the answers to all the above questions are the worst imaginable, does it make this family any worse than their actual families? Or any other family in the real world for that matter? Does the accumulation of all the small kindnesses redeem them for the bad decisions that threaten and ultimately sink their ship? And doesn’t every family optimize for its own survival against all odds? 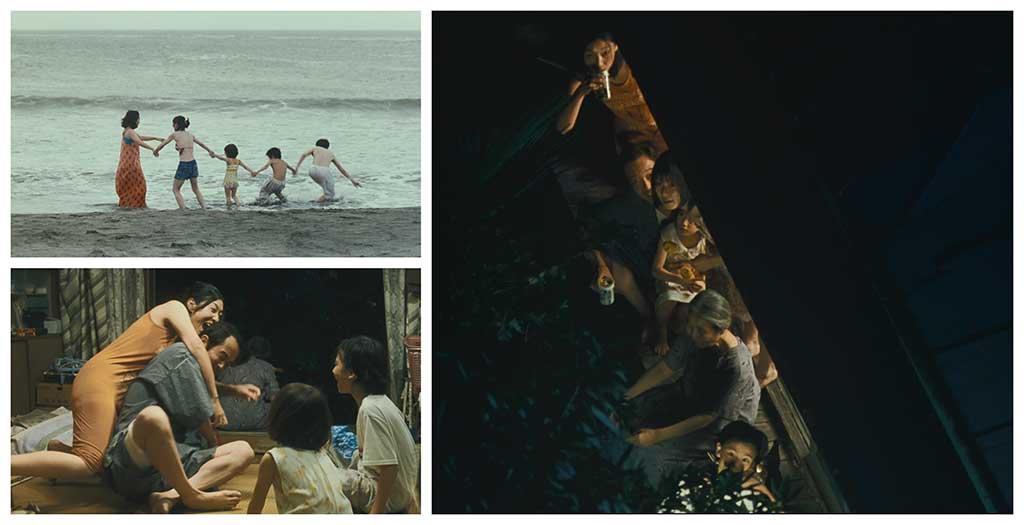 The final act of the film solidified its intended purpose for me—we all get to choose not just who is in our family, but also what it means to be in our family. When Osamu and Nobuyo resort to full and complete honesty with Shoto, it is almost as though they have realized that the best and only thing of value a parent can do is to live their lives fully and openly so their children can watch, learn, and choose. Will Shoto and Juri choose Osamu and Nobuyo as they grow older, just as how Osamu, Nobuyo and Aki chose grandma before we met them? After all, this intentional choosing of one’s own tribe and forging relationships one at a time through actions is more defining of who they are, than the vocation of shoplifting can ever be. They do not need to pass on how to shoplift to still be a family, that trait can die. They just need to choose, and, in that choice, they define their family.

Harini Pryor is a freelance writer who grew up writing poetry and short stories in a small town in Southern India. She now lives in the Pacific Northwest with her husband, and is working on her first bilingual anthology of essays and poems.

Julie Hyun is a Korean/Canadian animation artist and illustrator currently based in Vancouver, Canada. She has always had an interest in art and drawing, and has luckily been able to manifest it into a career. Creating art is a way for her to express herself, in ways that cannot be explained in words. She hopes she can continue to grow as an artist and to be able to provoke happiness in whomever sees her artwork. Find her artwork on Instagram!