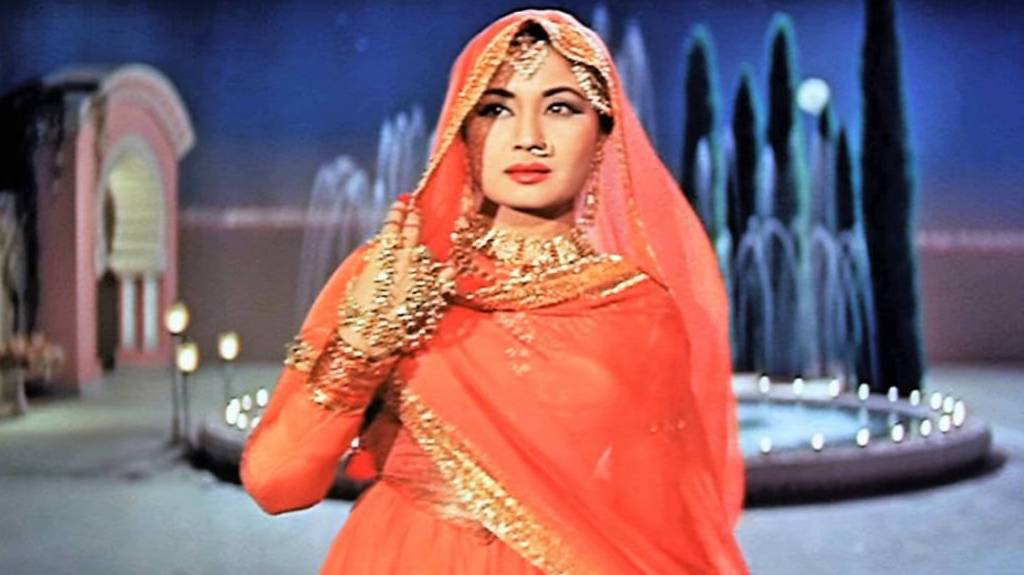 I must have been eleven or twelve when Father brought home the audio cassette player and recorder. The first tapes he bought were Qawwali collections, which my sisters and I did not understand. But we flocked around the black, rectangular box, as Father pressed the buttons for Play, Forward, Rewind, and adjusted the knobs for volume.

The next Sunday, after emptying the canvas bag of weekly grocery, Father pulled out a blank cassette from his pocket and announced that he was going to record everyone’s voice in it. After the kids’ flat songs, he asked Ammi to sing.

She demurred a little and then started singing, “Mausam hai aashiqana, ae dil kahin se unko…” from the Hindi movie Pakeezah (1972). The song is about a young woman yearning for her lover’s company on a lonely yet lovely evening.

My cheeks must have turned warm and red on hearing Ammi sing a love number. At that age, man-woman relations were still a mystery, though my friends and I claimed to know parts of it. We giggled at how the screen started showing two flowers hugging each other as soon as the hero came within a foot of the heroine’s lips in Hindi movies.

Until that day, I had only heard Ammi sing hymns with other women in prayer meetings. These verses steeped in love and desire seemed downright inappropriate. But, her voice glided so smoothly over the high and low notes of the song. My apprehension soon transformed into admiration.

After her song, Father told us that he and Ammi had watched Pakeezah when it released, after leaving the kids in his mother’s care. It was the first time they had done that.

For her birthday that year, my sisters and I gifted Ammi the movie’s audio cassette. She was so happy that she regaled us with the rest of the story: Having heard what a fantastic film Pakeezah was, Grandma asked Ammi to accompany her to the theater once again. So, young Ammi got to watch it twice. It was also her first movie with her mother-in-law.

Grandma was so enthralled by the melodious songs that she purchased a booklet with the film’s song lyrics for one anna. But she could not read Hindi, and so Ammi read aloud the lines which Grandma wrote down in Urdu in her diary.

That was the Pakeezah saga.

After receiving the cassette, Ammi started singing as she rolled out rotis in the kitchen, while her bangles provided background music.

Years passed. All of us sisters got married and fled her nest, but when we visited our parents on holidays, she sang her favorite song, “Mausam hai…” as flawless as the first time.

More recently, we gathered for my little brother’s wedding. Father had passed away the year before. We chatted and sipped tea late into the night; I requested Ammi to sing.

After some cajoling, she sang, but after the line “Sooraj kahin bhi jaye tum par na dhoop aaye,” her voice cracked and she pulled her dupatta to her eyes.

My eyes welled up too. I berated myself for having asked her to sing, but right then, my eldest sister picked up the line Ammi had dropped and carried the song until Ammi joined.

This song that had touched my grandmother’s fingers and my mother’s heart was now on my sister’s lips.

Sara Siddiqui Chansarkar is an Indian American. She was born in a middle-class family in India and will forever be indebted to her parents for educating her beyond their means. She is a Pushcart and Best of the Net nominee; her work has been published online in The Ellipsis zine, Lunch Ticket, Star82 Review, Cabinet of Heed, and also in print, most recently in the National Flash Fiction Day Anthology 2018. She blogs at Puny Fingers and can be reached @PunyFingers on Twitter.