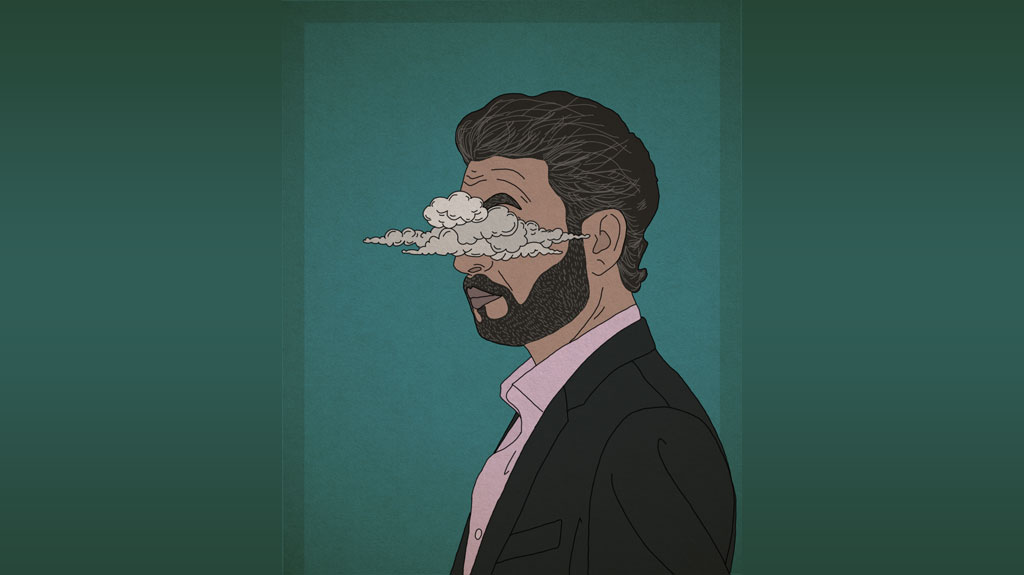 Irrfan Khan passed away on the 29th of April, after having fought for his health. Even as he was diagnosed with neuroendocrine cancer, he reminded us that he’d be back, “with more stories to tell.”

It is a little difficult to explain what it was about this actor that moved us all so. Perhaps we saw in him a sort of everymanness that was alluring, yet not unachievable. We expected a certain kind of portrayal from him—brooding, sensitive, sincere, with the ability to break into a roguish smile. And we were happy to assume that he might have been this way in real life too, never brash, devoid of the halo of celebrityhood, bringing his best to every movie in spite of how inane it might be, answering questions with careful consideration. We liked to imagine he was a star who remained normal, and so we rooted for him. Nobody owes us their vulnerabilities, yet he allowed us to witness his.

Irrfan’s family shared a note, a part of which we’ve reproduced below:

“How can I write this as a family statement when the whole world is taking it as a personal loss? How can I begin to feel alone when millions are grieving with us at the moment?”

What does this issue have to offer?

Shakila Z analyses the representations of women in Parasakthi, the classic Tamil film from 1952.

Our most enthusiastic contributor Konstantinos has a fun article for you, about plot holes in Hollywood blockbusters.

Pranav Kumar is moved to write a poem, after watching Cries and Whispers.

Keerthana, an artist from Chennai, has some thoughts about the Lebanese film Capernaum.

Ramchander gets around to reviewing the notes he made at a panel discussion on the future of cinema, during SGIFF 2019.

We interviewed Romanian filmmaker Tedy Necula, when he was in Singapore for the European Union Film Festival (EUFF) last year. He let us know that his film Beside Me, which was the festival’s opening film, is now available on Amazon Prime. Here is his message.

Also, due to the COVID-19 crisis, the EUFF this year has been postponed to 2021. You can read the festival’s official statement on this here.

The Silhouette Magazine has kickstarted Ray@100, a series of video lectures and articles commemorating the work of Satyajit Ray, whose hundredth birth anniversary falls on May 2, 2021. You can view the first lecture by Amitava Nag below, in which he talks about the acting in Ray’s films.

The entire series can be accessed here.

And congratulations to one of our contributors, Rose Dymock, who is now officially recognised as a critic on rottentomatoes.com! She has written  for us on the 1958 movie Shadows, and her experience at Cannes 2019, especially about a panel discussion she attended, featuring filmmaker Ken Loach.

Finally, we would like to thank our patrons on Patreon and Ko-fi: John Praveen, Sakkaravarthi Kaliannan, Ramya Sethurathinam, Shilpa Krishnan, Monika, and everyone else.

Born in Nagina, Uttar Pradesh, and brought up in various towns of Uttarakhand and Western Uttar Pradesh, Siddesh graduated from National Institute of Fashion Technology, Mumbai, and went on to study at the Postgraduate of National Institute of Design, Gandhinagar. While trained in the western concept of design, indigenous knowledge of art and design has always held his interest. After working on commercial projects for a couple of years in Pune, he got involved in the Dalit Movement, working at the grassroots level. He then chose to leave behind commercial work, and relocated to Greater Noida, from where he started to work as an independent designer and artist for the movement. He also teaches classes in various design schools, usually on history of visual communication, art semiotics, composition, culture studies, and social design. He has been practicing art for more than seven years. Through his art, he hopes to encourage people to live deeply, love fearlessly, and to appreciate their place on Earth.