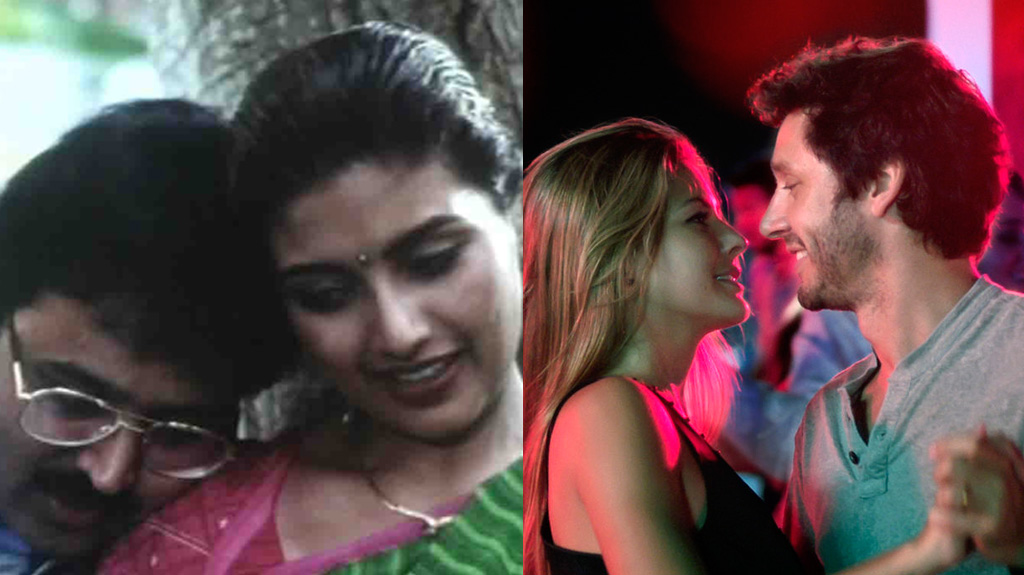 An extra-marital affair, as shown in television shows and films, has been an entertaining theme that stories return to. It generally carries a negative connotation, and is seen as a controversial subject. It holds more than one label—cheating, adultery, infidelity.

Marriage, as we know it, came into existence several centuries ago. Adultery has co-existed unapologetically since the establishment of marriage. As much as there are discussions and celebrations around the idea of marriage in films, several films have also managed to touch on infidelity—the taboo subject. These films have managed to capture reactions towards infidelity, ranging from bitter condemnation to resigned acceptance. It is easier to portray infidelity as a violation of trust and the result of an overwhelming moment of love. In reality, it may come as a shock that makes one question their past, future, and even their very identity. Apart from questioning and doubting oneself, giving space to understand what is happening rather than trying to analyse what went wrong is one small step towards comprehending infidelity.

Recently, I happened to watch The Red Thread, a Spanish film by Daniela Goggi. I started watching it on Netflix as a way to kill time, but within 30 minutes, I was captivated by how the film had travelled thus far. It prompted me to think of what is happening. As I continued to watch, the Tamil film Sathi Leelavathi kept flashing in my mind. Even though both films are made in different languages, steeped in different cultures and genres, both speak about emotional infidelity as a separate narrative in itself.

As a film, The Red Thread intrigues me. What could have been the plot of an entire film, is instead the first 32 minutes of the movie. Yet it is gripping, the screenplay is solidly crafted, and I am already emotionally invested in the two main characters—Manuel and Abril, seven minutes into the film. Manuel, an oenologist, meets Abril, a flight attendant, at an airport in Argentina. They happen to be travelling in the same flight. While she is on duty, making drinks at the back of the plane, Manuel strikes a conversation with her. They flirt. Their conversations let each other into their respective worlds. They kiss. They promise to meet after customs check. Unfortunately, an emergency break-out at the airport separates them. The screen reads ‘7 years later’ and shows us how Manuel is happily married to another woman and they have a beautiful daughter. Abril is engaged to another guy and they have a kid as well. Abril, who has taken a break from working, decides to fly again, and she meets Manuel after seven years in Colombia. They are checked in to the same hotel. They talk again and they come to know about each other’s families.

The director gives the film a colourful and vibrant tone. The film chooses to throw colourful images at the audience, unlike the moody and haunting treatment such a subject usually warrants. It allows the viewers to ask themselves, “Hey aren’t they happy with their own lives, then why this?” The tone of the movie and the director’s treatment of the subject allows the audience to look at the events in a different perspective.

The director positions sequences in a way that emotional connection between Manuel and Abril is always established before showing us their physical intimacy, even during their first encounter. In one instance, Manuel walks to the back of the plane and willingly shares with Abril his fear of flying, and that he is someone who cries often. On the other hand, she explains how people do not know how to appreciate the experience of travelling on an airplane. She continues with the conversation in a charming manner and talks about how liberating air travel is. He listens to her attentively, and lovingly. The conversation then moves to him, and he talks about being an only child and other clichés of life. 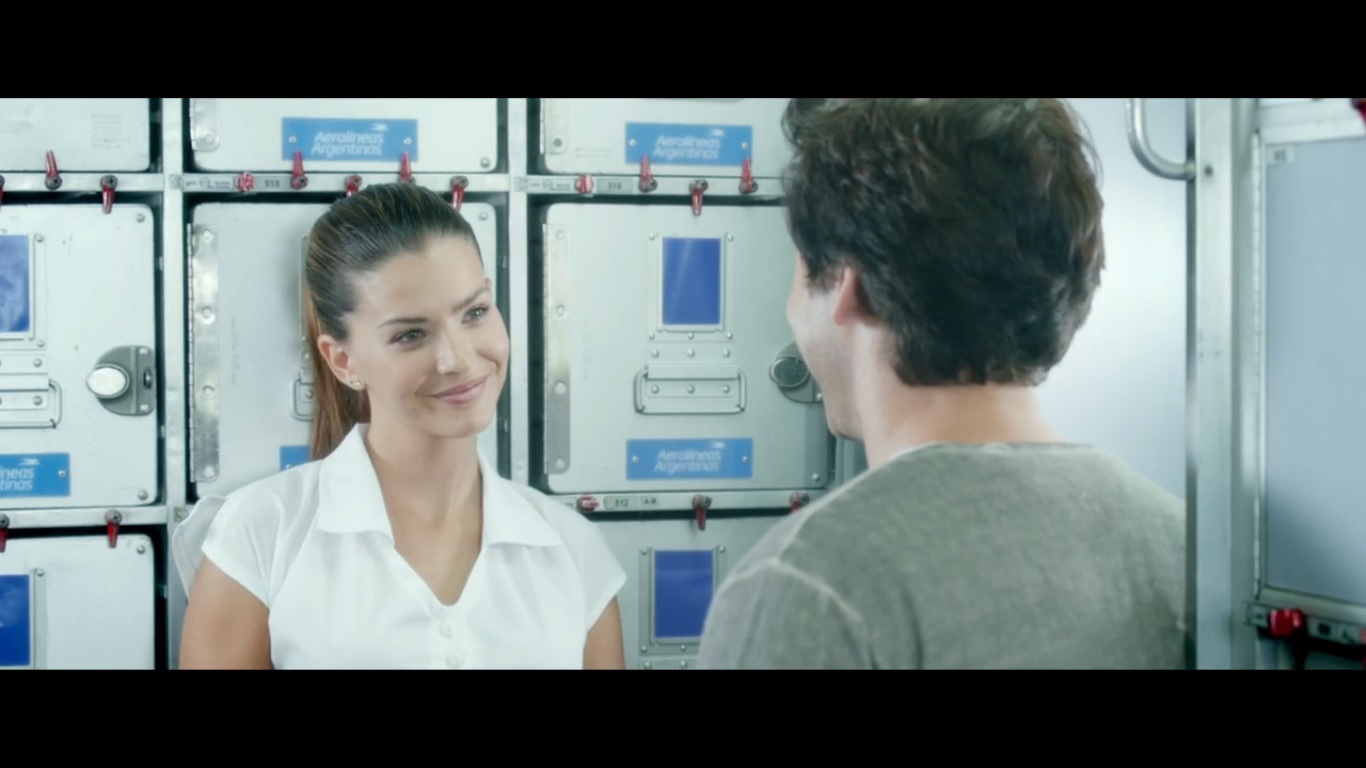 She tells him, “Not taking any decisions in life is a big relief.”

The plane experiences turbulence and he asks, “Is this normal?”

He looks at her again, points to them standing next to each other, and asks, “Is this normal?”

This scene anchors itself in the sphere of emotional connection between the couple and it is sustained in the next sequence, when they meet each other after seven years in Colombia. They decide to go sightseeing on their off-day.

At a beautiful look-out area near the ocean, the following conversation takes place:

She: I had forgotten about the freedom of travelling alone.

He: Do you feel free now?

She: Yes. But when you have kids, you’re never alone again.

He: When kids show up in the picture, you’re no longer the protagonist. When Rita was born, she became the centre of everything. But as they grow older, you find yourself again.

He: (Looks at her and shrugs his shoulders) What?

She: Nothing. Life is funny, isn’t it?

These conversations not only show that their attraction towards each other has grown over time, and that they are trying to piece together the love puzzle from seven years ago, but also that this is completely new for Manuel. He does not seem to have had such conversations with this wife, despite their sexual intimacy.

In Sathi Leelavathi, there is a line uttered by Arun (the guy who is involved in an extra-marital affair) to his friend, Shakti, “It’s not just the beauty… she is a smart girl.”

Brilliance doesn’t just mean being an intellectual, or having an educational qualification. It is more to do with how one provides and shows a sense of belonging to another person. Most of the conversations that Arun has with his wife are about their family, children, his father or the pet dog. Similar to Manuel’s situation in The Red Thread—many scenes show Manuel and his wife talking about work, her photography, buying property.

There is a scene in Sathi Leelavathi in which Arun’s wife, after coming to know about her husband’s extra-marital affair with Priya, cries to him, listing every single act of service that she did for him and the family.

This scene explains the mismatch in their love-language, which in turn creates an emotional disconnect between them. According to relationship experts who talk about the five love languages very often, acts of service is one aspect of it, but it may not be what the other partner prefers. When both do not know each other’s preferred love language, a mismatch occurs, and leads to emotional unavailability from one of the involved parties.

This emotional unavailability craves for an opportunity. As jokingly put across by Shakti in Sathi Leelavathi, when consoling Arun’s wife in his attempt to cheer her up, “Don’t ever give choice or chance for a man. Men will certainly take up both.”

In one scene, Arun, while on his way to Priya’s house, takes his dog for a walk. The dog barks at another female dog and he pulls his dog towards him and says, “Yen da neeyum alaiyure?” [“Why are you going behind girls as well?!”] 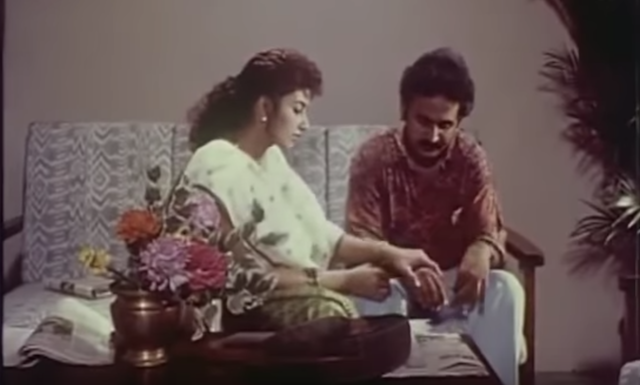 When a choice or chance is available, Arun from Sathi Leelavathi and Manuel from The Red Thread both seize the opportunity.

As much as it seems that when one person in a relationship doesn’t seem to be emotionally available for the other, infidelity occurs; how do we explain the infidelity when every box on the emotional availability checklist is ticked? In The Red Thread, Abril’s fiancé, with whom she has a child, loves her, looks into her eyes affectionately, flirts with her, cheers her up, tells her everything is going to be okay when she is worried about their son missing her while she is away. Yet Abril seeks another emotional partner. In such a blissful partnership, why would one stray? We are told that in successful committed relationships, infidelity shouldn’t happen, since all the reasons have been removed and the perfect balance of freedom and security has been achieved. But it does. This film reflects this painful reality.

For decades, we have subscribed to conventional wisdom when it comes to affairs—diversions happen only when something is missing in the marriage. This no longer stands true. Films like The Red Thread break that thread of reasoning, and make us reflect on our beliefs. All the characters involved in the relationships from both The Red Thread and Sathi Leelavathi show us that the intricacies of love and desire don’t yield to simple categorizations of good and bad, victim and perpetrator. Human beings have a tendency to look for the truth in places where it is easiest to search, rather than places where it is likely to be. Both films are beautiful explorations of this idea. The writing neither condemns nor condones infidelity. It seeks out the undeniable truth that there is always a grey area we cannot neglect. Instead of justifying one side over the other, or celebrating one over the other, these films give us an expansive experience. Strangely enough, affairs have a lot to tell us about marriage—what we think, what we assume, and what we feel entitled to.

Gayathiri has a keen interest in watching feature films and short films of different languages. She believes that cinema and emotions are universal, and this is what she aims to explore in her writing about film. She also runs a meme page about Tamil cinema and television shows.