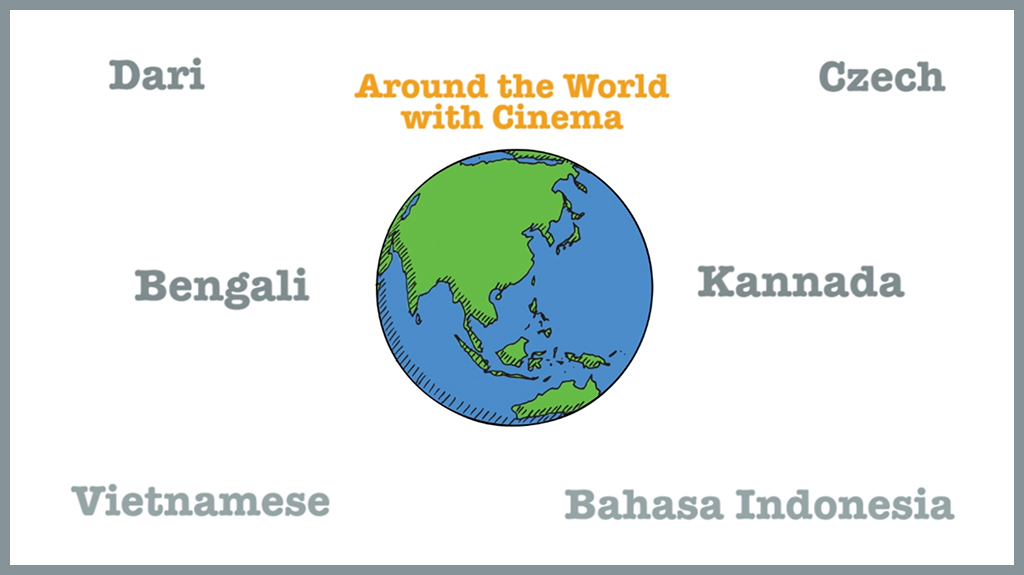 We are still going around asking people to recommend a film in their language. As always, the answers are interesting and thoughtful; a peek into film cultures as well as the way people want to be perceived.

Among the films in my language, the one I like most is Phía trước là bầu trời. You can find it easily on YouTube. It is about fresh graduates who struggle with life, relationship and career. I like it because it reminds me of my twenties and it gives me the encouragement that difficulties will be over, and that it is okay to make mistakes.

There are many amazing Czech movies, mainly from the new wave in the 60s. But should I choose one, I would go for Něco z Alenky by Jan Švankmajer from 1988. It is a surreal animated movie. Slightly scary, slightly disgusting, but one that can influence the imagination of its viewers.

– Unaka, whose comic panel we featured in Issue 6.

I’d recommend two films by my friend Atiq Rahimi: Earth and Ashes and The Patience Stone. These two films are very important for Afghan cinema. These films are especially for foreigners who really want an insight into our culture and our problems. The Patience Stone was made in Morocco for some reasons, but it is an Afghan story directed by an Afghan director. Part of this film was shot in Kabul as well.

I would recommend a film titled Samskara, which is about death rituals. It was the director Pattabhi Rama Reddy’s first film. It was the first major work to come in my language. It opened my eyes to cinema. See, I am from a village. I never bothered to watch films because I thought cinema isn’t a serious art. This film made me realise what a powerful medium cinema is. It changed not only my approach to filmmaking but the approach of other young filmmakers too at that time, who later became major directors in Indian cinema. They were all influenced by that film.

Girish Karnad has played the main role. It’s written by one of the most important writers Dr. UR Ananthamurthy. He was nominated for the Man Booker Prize four or five years earlier. It heralded a new path because until then, the films that were made in Kannada were mostly studio-based and lacked the right kind of politics. They were merely emotional dramas. Somehow I detest emotional dramas. This is one film that critically analysed the social structure of my society. The novel had different connotations altogether—with social, political and philosophical significance. That’s why I loved it, and the film was equally good. It was banned for a year because one religious group objected to that film. All the intellectuals of India supported the film. After one year, it was released and it won the top award in India (National Film Award for Best Feature Film). The irony is that the same government bans it and another wing of the government gives it the Best Film award! Then it went on to win the top award at Locarno.

Soekarno: This movie is about the difficult times during the colonial era. And how Soekarno and his family faced the psychological hardship during the events leading up to the declaration of independence of Indonesia.

I would recommend Gandu (2010), directed by Q. Gandu leaves behind the sophisticated dialogues and picturesque pauses of the typical family dramas of Bengali art cinema. It shocks the audience with the grime and irrelevance of life, of a poor young man in Kolkata. Shot almost entirely in black and white—with only one explicit sexual encounter in colour—and filled with great punk and rap soundtracks, Gandu challenges us to confront the monsters and angels that lurk within us all, behind closed doors and on open streets.