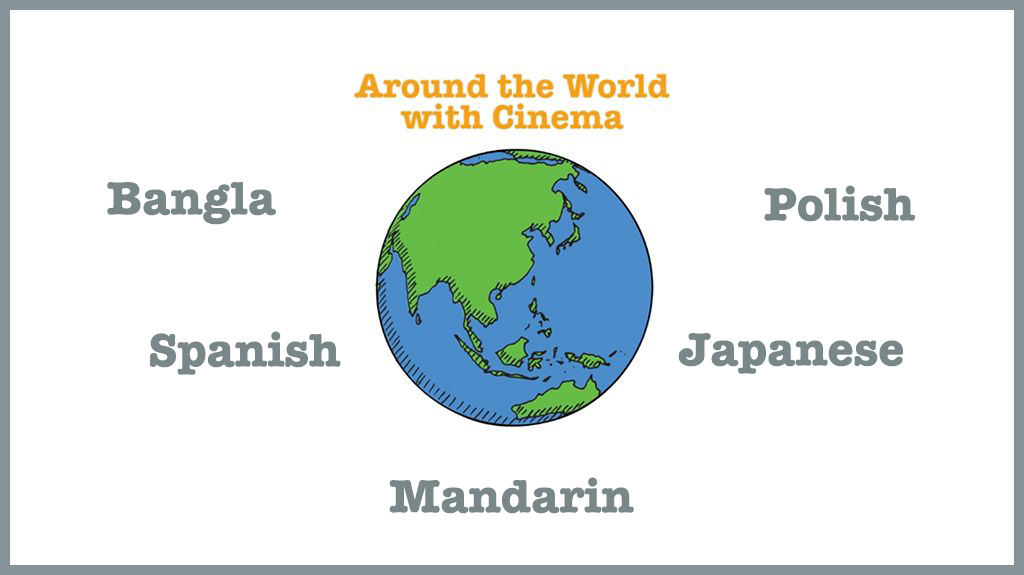 More film recommendations for you: this time from Bangladesh, Poland, Mexico, Taiwan, and Japan!

To be honest I have not watched any Bangla film in a long long time. I used to watch when I was a kid, not many though. One of them I remember I liked, and I kind of felt good after watching: it was Dipu Number 2. It’s about the adventures of young boys. It is based on a novel written by a famous Bangladeshi writer—Muhammed Zafar Iqbal.

As a child, I always wanted to play and hang around with boys, and the film is about boys enjoying life. I wished I could live a life like them.It made me more optimistic about life. I don’t know why among other movies I remember this film very fondly. Zafar Iqbal’s stories makes life seem so easy—less worries, more fun.

For anyone willing to familiarize themselves with Polish culture, Cold War by Paweł Pawlikowski is a brilliant start. Shot in black and white, this love story between a pianist Wiktor, tasked with creating a folk music ensemble, and one of its stars, the much younger Zula, will mesmerize you and stay with you. It spans the times from 1949 to 1964 and shows a fascinating period in Polish history, when borders were closed to the West and the communist regime tried to form friendships with other communist nations. Introverted, taciturn yet ambitious Wiktor, and fiery, uncompromising and outspoken Zula are a mismatched couple. But the obstacles that stand in their way to happiness unite them. And music is their grand passion, even though they both have to make great concessions to work with it. Most of all, Cold War is a masterpiece about creative freedom, and the identity shaped by our creativity. There are plenty of scenes showing artists dancing and singing on stage, which also provide a superb glimpse into Polish cultural traditions (most songs are sung in the dialects and languages of the mountainous regions of Southern Poland). On the other hand, the universality of the film lies in its portrayal of the plight of immigrants—often misunderstood in exile, struggling to maintain their integrity and dignity, smiling through tears.

So, if they want to learn about Mexican traditions, Coco is a biggie. Day of the Dead is a celebration of life and the movie really shows how happy we are to have a night for our dead ones. The story surrounds you with colors, flavors, music. I would also suggest Nosotros los Nobles, as it shows with humor the interactions between the higher classes and the lower ones. It also shows the secret gems to which common folks have access, like mercados (farmers’ markets) and taquerías.

Two movies are popular in Taiwan now. The first one is The Great Buddha. This movie uses humour to portray the lives of the lower middle class. It satirizes many of the problems in our country, or even in the whole world. It shows how people want to fight for their lives, but instead end up laughing.

The other film I’d like to recommend is The Bold, the Corrupt, and the Beautiful. The director said this film was inspired by a true incident: One day, outside an elementary school, he saw many parents standing and distributing flyers. They wanted students with AIDS to get out of the school. This film portrays how people do ugly things in elegant and beautiful ways, how they smile without love.

Speaking of Japanese movies, I guess I should firstly recommend anime movies, especially those directed by Hayao Miyazaki, the most famous director in Japan. You can see good old Japanese rural life with unique creatures in My Neighbor Totoro, and you may feel the ugliness of the human civilization as well as the importance of nature in Nausicaä of the Valley of the Wind. You might think anime is mainly for children. But these movies, created more than 20 years ago, are broadcast repeatedly on TV even now—there is a large audience watching it on TV every time!—and enjoyed by men and women of all ages. Both these films are available in English and you can find his other movies as well!