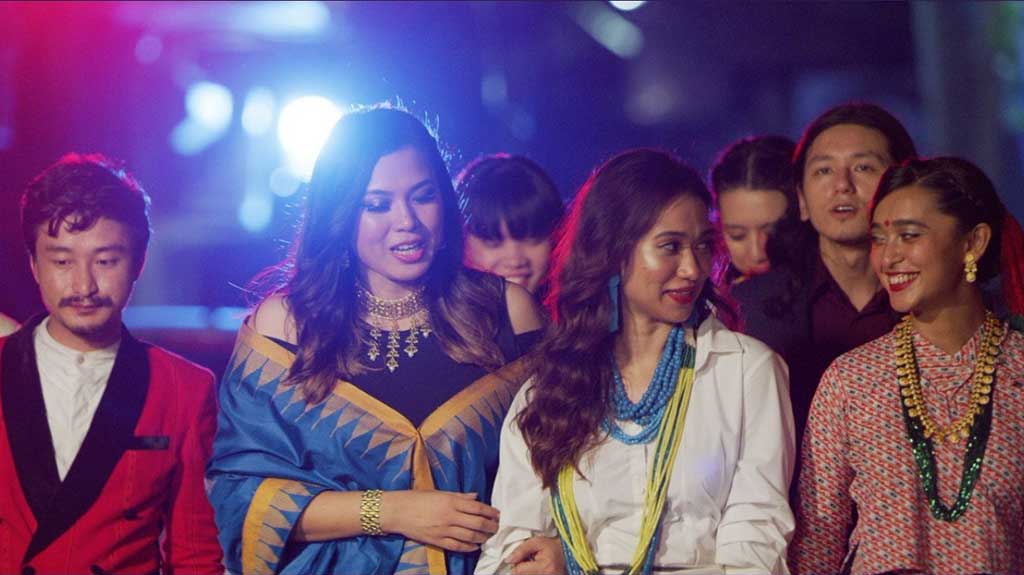 Food smells are stubborn beasts; like a force of nature, they are impossible to tame or contain. I lived for a few years in Nigeria, and in spite of being a self proclaimed epicure, I never took to African cuisine. The biggest barrier was the aroma. Many of my Nigerian colleagues too found my Indian homemade lunch stinky. And thus we made peace with the issue of food—we agreed to respect each other’s cuisine, without any compulsion to eat it.

Axone (or Akhuni) is a pungent fermented soybean paste made in Nagaland and other parts of North East India. It is used in a number of dishes, most famously a traditional pork stew. It can be a metaphor for the people and culture of the North East itself, seeing how they are thought of as an unfamiliar entity, triggering a fear of the unknown through the faculty of smell. Within India, the systemic persecution of people from the North East who come to Delhi seeking better opportunities is well documented by the media. Axone the film harnesses the power of cinema to bring those issues to life, with the help of a story that wastes no time in plunging us into some pungent boiling broth.

Nicholas Kharkongor’s first film Mantra (2017) chronicled the lives of an upper class North Indian family feeling the crunch, as their potato chip empire struggles in the rapidly changing economic landscape of 1990s India. It was a tantalising premise populated with a very talented cast. But Mantra was an underwhelming film, marred by a meandering script and uneven direction. So when Axone popped up on my screen with the strikingly expressive face of Sayani Gupta, it was impossible to ignore.

Minam (Aslena Jamir) is getting married. Her close friends—Upasana (Sayani Gupta) and Chanbi (Lin Laishram) along with Minam’s reluctant ex Zorem (Tenzing Dahl)—want to surprise her with Axone. The first thing one learns, just a couple of minutes into the film is how to pronounce Axone, a perfect reality check of one’s ignorance about that part of India. We see Sayani Gupta’s Nepalese character gag multiple times at the smell, despite being steadfast in her resolve to ensure that the dish gets cooked.

What kind of a wedding is this, where the bride and groom are completely absent till the end of the film? They have no clue about the wedding venue, the bride is away, appearing for a life changing interview to become part of India’s elite civil service cadre, and her friends scurry around a Delhi neighbourhood like outcasts. The film takes us on a wild ride through Humanyunpur, a ghetto populated by Africans and North Easterners, as the group hustles to accomplish their goal. This is a rag tag unit banding together on the basis of a shared identifier, getting increasingly desperate. Their quest quickly snowballs into an act of defiance—these young people have had enough of being abused in every conceivable way. The physical violence that youth from the North East are subjected to is mostly kept offscreen, and that is a wise choice.

Axone begins in the urban squalor of old Delhi but ends with a wedding celebration which ravishes the senses. When we finally lay our eyes on the bride, she is a gorgeous vision, unlike any Indian bridal stereotype. The groom is away in the village, and the marriage proceeds via a videoconference, with the bride’s sister standing in for the ceremony. This is a cultural nugget letting us in on a droll tradition—a workaround for a temporarily absent bride or groom. It may fade into oblivion with time, but Axone will preserve it for posterity.

The film is filled with stock Delhi characters: the Punjabi landlady (a rambunctious Dolly Ahluwalia battling endless ennui), her teenaged grandson Shiv (Rohan Joshi) who goes to great lengths to help the group prepare a dish that will be ultimately unpalatable to him, and the ‘educated’ men who objectify the girls from the North East as exotic sex objects. These characters may well be lovable, predictable, or both, but I was swept away by the narrative mostly on account of the fact that for the first time, I was getting to be part of a young group from India’s North East. In stereotyping the North Indian majority, the film draws its attention to our myopic gaze. It is a neat juxtaposition. The downside of this approach is a script that tries to accommodate too many viewpoints and issues and even ends up pointing a finger inwards, insinuating that perhaps youth from the North East do not make enough efforts to integrate with the rest. That screen time could have been better spent in telling the stories of its fascinating characters.

Ultimately, Axone is a valiant attempt to make us understand something about the North East—that it is more than just a strategic chunk of land where the people look vaguely ‘Chinese’, that it has more to offer than its geopolitical importance. North East is Meghalaya, Tripura, Nagaland, Assam, Sikkim, Mizoram and Arunachal Pradesh. They each have their distinct cultures, just like Bengal, Bihar, Belgium, France.

It is easy to see this race drama in the larger context of the protests erupting worldwide, demanding we pay attention to racial inequalities and racism. Axone becomes a voice for a group of people who have little hope of being heard in India at the present moment. Axone is an embodiment of the spirit of new indie cinema from India, a brand new wave that is different from the parallel cinema movement which started in the 1960s. 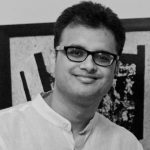 Amit Agarwal is a filmmaker, curator, and speaker based in Singapore. He pursues film evangelism at mostlycinema.com. He serves as the Artistic Director of the Singapore South Asian International Film Festival, and is pioneering a unique image-literacy program for children.