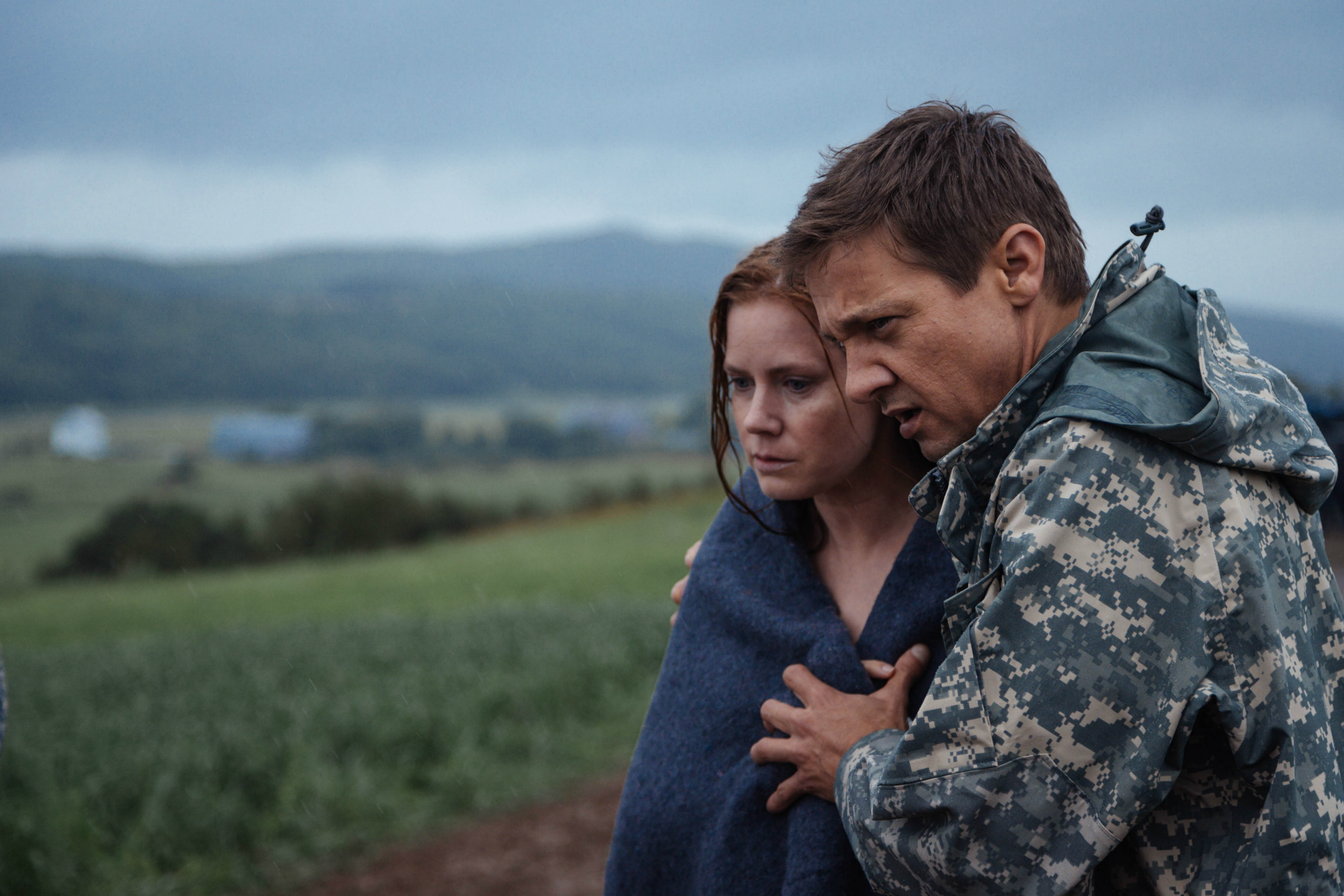 Louise had lost her mother, she was divorced from the love of her life, and had now lost her only daughter, Hannah, to cancer. For all her knowledge of languages, she did not know the right word to express how she felt. She had never looked as clueless as she did now.

Grief deserved silence, attention, space. It required the comforting embrace of a loved one. Grief allowed her to understand the measure of her love and the weight of her loss.

She had learned not to trust her memories anymore; not because she could view the future, but because memories gave her no power to take control of her life. Of what use is memory if you cannot help your child with cancer? Memories of the past were a burden. They only caused an unwanted suffering. She often recalled Joni Mitchell’s song Both Sides Now, the lines never failed to move her.

I’ve looked at life from both sides now

From win and lose and still somehow

I really don’t know life at all

She thought of that fateful day. Ian pleaded with her to get some rest, she had many sleepless nights behind her. That day, she was woken up by Hannah gently caressing her cheeks and waving goodbye. Was it a dream? Was her mind conveying that Hannah’s death was imminent?

She had never imagined how life without her daughter would be. Hannah loved climbing. By the time she turned three, she’d learnt to climb a ladder without fear. When she turned seven, she could climb a tree. Once, Ian had wanted to set up a wooden tree house, and Hannah had agreed to help him. But while climbing, she’d slipped and ended up breaking her left hand. It would take nearly a year to heal, and another two years for Hannah to overcome her inhibitions of climbing again. Louise had always felt that if Hannah ever got into a danger, it would have to be because of her passion for climbing. She was powerless when she learned that her daughter was diagnosed with cancer.

She remembered driving down to the hospital. Ian embraced her and she fell asleep resting her head on his shoulder. They may have separated but he was still her confidante. Ten hours later, Hannah turned into a memory. Thinking about that day brought tears. She let herself to be consumed by sorrow. She often needed Ian’s comforting to get through the despair.

Ian. There was a time when she could not live without conversing with him. All of that changed the year Hannah was around seven. Louise felt Ian was not giving considerable attention to their daughter. Misunderstandings, confusion, changing priorities. One day, Ian left a note expressing his guilt over his failings as a husband and as a father. He also politely mentioned that they should move on. Louise did not protest. She knew this was bound to happen. She knew it a long time ago, before she expressed her frustration. She knew it the day they departed and he proposed. She knew it the day they met. She knew that falling in love involved the burden of suffering.

If you knew how your future would turn out, would you still change anything? Ever since she had acquired knowledge of Heptapod B, this was a question that she always came back to. Learning a language, to some degree, changed the way you perceived life. But she realized that in the end, she was merely an observer. Could she have stopped all the suffering? That would have meant saying no to Ian.

What were they listening to the first time they made love? Was it Joni Mitchell’s ‘Help me’ or Leonard Cohen’s ‘Dance me to the end of love’? She could not remember now. But she remembered that they were drinking wine and dancing past bedtime. She wished that moment had lasted longer. Saying no would have meant killing the moment.

Life is a matter of choices and chances, she reasoned. You made a choice and took a chance. The result was secondary but the experience was necessary. It is like bungee jumping. You don’t think about the rope. You think about the fall. There is hope. There is excitement. A few minutes later, it becomes a memory.

When trying to understand the aliens, Ian had taught her about Fermat’s Principle of Least Time. She remembered Ian explaining it to her during a coffee break. She found it surprising that light took the optimal time to reach its destination rather than least time.

She’d said, “It’s as if light considers the route to be more important than the time!”

A laugh had escaped Ian then, “But light can’t think!”

Louise thought about that conversation. There comes a point when the course of our lives takes a different direction. She considered life to be a journey between birth and death, and in this journey, it is love that inspires our actions. We choose our interests, passions, vocations and partners based on what we love.

Louise believed that, in her case, it was not the day she decided to love Ian, but the day she chose to have a baby, that was the turning point. If she could have prevented Hannah’s death and her own suffering, it would mean saying no to the happy memories with Hannah.

I woke up in the middle of the night after a strange dream. I was lost on an unfamiliar street and I saw a group of young girls marching towards me. As the group drew closer, I observed that all of them looked like you. I did not know where they were headed, but I knew that they would disappear into the darkness at the end of that street. I can always sense your heartbeat and the movement of your fingers if you were in a group. But, even as you occupy my mind, I realized, for the first time, I could not identify which of those versions was the real you. Could I be losing touch with myself? I am not sure. Just last year, around this time, I was making you porridge as you had not been feeling too well. It was a week before the cancer was diagnosed. You have gone away too soon.

Sometimes, when I come home, I yearn to see your smile, to listen to your stories from school, to respond to your questions on science. Your things are all I get to be with. Your drawings, your toys. I sometimes cover myself with your dresses so I can feel your touch and the warmth of your kiss on my cheek. I always end up crying.

There comes a point when the course of our lives takes a different direction. For me, it was not the day I decided to love Ian but the day we decided to bring you into this world. I saw you as an extension of myself, and to think that you are no more, I feel like I have lost a part of myself. I can never go back to the person I was when you were around. I am slowly learning to accept that.

I wish I learned this earlier. The knowledge of the future prepares you for its unexpectedness but not for the aftermath of grief. When the aliens taught me their language, the way I viewed time changed. I believed for a while that I could change things. I was wrong. Time showed me how powerless I was. It made me question everything I believed in.

I knew that loving Ian would mean giving birth to you. I knew that Ian and I would separate, and that I would lose you. Yet I could not stop both. I could not force myself to. I realized that the only way I could move ahead was to learn the art of acceptance and be more forgiving, especially towards myself. Memories from the future helped me make peace with myself in the present. I am trying to appreciate the present a bit more.

Remember how much you liked to climb? I could have stopped you, but never had the heart to. You were just being yourself. I did not stop you when you were climbing up the tree to help dad set up the wooden house. You fell and hurt yourself, you had a small fracture. I let it be. You would climb again only after two years, this time, a lot more carefully. I wonder if life would have been as interesting, had I stopped you the first time.

I wish we could have had many more conversations. I wanted to see you grow into a woman. But life does not necessarily go the way we wish. I will write you more letters. I believe you will read them somehow. I have always thought I made you. Now I think it is you who shaped me. Maybe the future shapes the present. Having looked at life from both sides now, I suppose I can say this.

After he quit the insurance industry, Ravi Kiran has been happily working in a publishing house for the past four years. He feels at peace when writing, reading a book, cycling while listening to his favourite film scores. He considers Satyam Cinemas in Chennai to be his second home. He runs a writing club, Thirsty Pens. He also curates CineMadness, a playlist for movie scores, on Apple Music. He blogs at The Upsilamba.

Alimi Yazid is an illustrator and a graphic designer based in Malaysia. He is best known for his minimalist artwork that often portrays popular streetwear illustration with an otherworldly dreamy theme. He is mostly inspired by popular culture, fashion and the variety of experiences in his everyday life. You can find his work here.