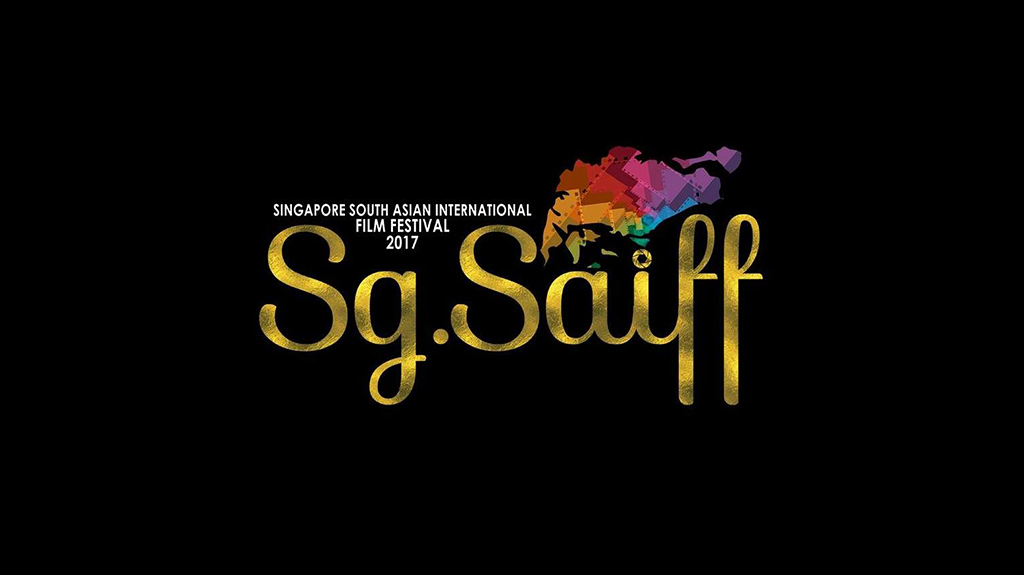 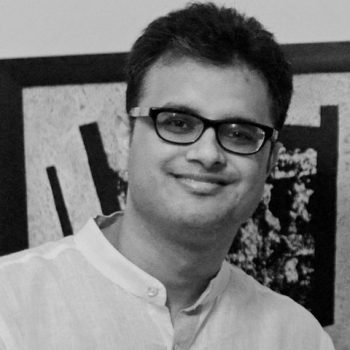 We interviewed Amit Agarwal, Artistic Director of the Singapore South Asian International Film Festival. We spoke to him about his role, other film festivals, cinema, following the 2018 edition of Sg.SAIFF.

Amit Agarwal is a filmmaker, curator, and film speaker based in Singapore. He pursues what he calls film evangelism at mostlycinema.com. His cinema-related writing and photography have been featured in leading publications. He is currently working on a unique image-literacy program for children.

The World of Apu: Can you recount a moment in your life when you first realised your love for cinema?

Amit Agarwal: I think it started as a child, when I used to visit my maternal uncle’s home in Jamshedpur. He ran a video parlour back then—a kind of makeshift cinema where VHS tapes were played on a VCR and a regular TV set. This was in the early 80s. Thereafter, I don’t remember not being fascinated by cinema.

TWoA: That’s a lovely memory. Let’s move on to film festivals: what do you think is their relevance today?

Amit: I think watching films in a group is the most potent and exciting way to share and enjoy the art of cinema. Cinema deserves to be celebrated along with its filmmakers. Film festivals are the only platform where the film, the filmmaker and a discerning audience come together in a common space. A festival of cinema—perhaps one of the forces of good on our planet!

Amit: I am the Artistic Director of the festival and my job is to think, evolve and implement the core ethos and vision of the festival. I share this responsibility with Festival Chairman Abhayanand Singh and Co-chairman Piiyush Singh. I think every festival evolves, and before it evolves, it must take shape. Sg.SAIFF is taking shape as a result of a preliminary dialogue between filmmakers, our audience in Singapore, and the festival team, along with a larger film establishment. But the underlying objective is to celebrate cinema as a very important art form, in the South Asian context.

TWoA: What is the one quality that you think is most important for a festival director to have?

Amit: Honesty and the prudence to make the right compromises—especially in the initial stages of a festival. This is a burden that is shared by the whole team, under the leadership of the Festival Chairman.

TWoA: How has being a filmmaker influenced your work as a Festival Director, and vice versa?

Amit: Being a filmmaker, I am able to appreciate a film at a technical level and factor in the challenges of filming into the final work. Curating the festival involves watching hundreds of films and casting a judgemental view on somebody’s labour of love. It’s a big responsibility that teaches you to consider the viewer when making a film.

Amit’s award-winning short film Son of Kali examines global issues of migration and religious minorities in the Indo-Bangladesh context. Farewell Goddess, a six minute long documentary, asks questions about man’s abusive relationship with nature, as seen through the prism of the conclusion of a major religious festival.

TWoA: What is the unique space that Sg.SAIFF occupies among other film festivals in the South Asian region?

Amit: I think apart from showing films from South Asia to a South Asian audience and bringing the legends of our cinema to Singapore, Sg.SAIFF is very ambitious. We don’t just want to show films, we also aim to play a role in shaping viewing habits of the audience, especially children. Through workshops on filmmaking, acting and film appreciation, we bring people closer to the medium.

TWoA: When you say South Asia, what steps do you take to ensure South Asia is represented fairly, without letting personal biases dictate too much of the programming? We ask this because sometimes, South Asian seems to translate as mostly-Indian.

Amit: The size of India in the geography of South Asia and its mind boggling output of films makes it the proverbial elephant in the room. While the films are judged on quality, we do endeavour to provide representation to as many countries as we can. We also try to represent regional cinemas of India. If we consider them as distinct languages and cultures, then representing a film from say North East of India becomes as important as a film from Nepal or Bhutan. Any South Asian festival—of literature, dance, music or any other art form—will lean to majority of content being from India, all other factors remaining the same.

TWoA: Do you think that for a film festival to attract larger audiences, it has to strike a balance between screening arthouse films and commercially viable films? What is Sg.SAIFF’s approach to curating films?

Amit: Films which are commercially viable find their way to movie screens every Friday as well as video streaming platform. However, there are many excellent mainstream films that do not get released in Singapore. We are happy to curate such films in our showcase section. Overall, I would say we are fulfilling gaps in the content available in Singapore. Of course cinema as art rather than pure entertainment is the priority.

TWoA: What are some of the unique challenges Sg.SAIFF faces? How do you plan to tackle them?

Amit: The simplest and the biggest challenge is finding a core audience for arthouse cinema from South Asia. Creating broad awareness is the way forward, and we have been observing meaningful progress since last year.

TWoA: Is censorship a challenge that Sg.SAIFF faces? Have there been problems when choosing films based on themes widely regarded as controversial?

Amit: Singapore actually has a very reasonable policy which certifies rather than censors. There is no dearth of controversial films playing in various film festivals in Singapore. We are very respectful of Singapore laws and societal norms and operate within those boundaries.

TWoA: Can you tell us of some memorable incidents from Sg.SAIFF, as a Festival Director or viewer?

Amit: Every time a wide-eyed member of the audience thanks the festival for its efforts, it’s a memorable event! The support of stalwarts like Adoor Gopalakrishnan, Girish Kasaravalli, and Siddiq Barmak gives us immense strength. Their words of endorsement keep us going.

Amit assisted Girish Kasaravalli on his acclaimed National Award winning feature film Kurmawatara [The Tortoise, An Incarnation]. He was also the associate director to Girish Kasaravalli for a documentary based on the films of Adoor Gopalakrishnan, titled Images/Reflections[1].

TWoA: Meeting new people at the film festival must give its own kind of high. Are they any such meetings you cherish?

Amit: Without naming any individuals, there are people—not from the South Asian diaspora—who attend as many screenings as possible with great passion. Those people are my heroes.

TWoA: Do you have a favourite international film festival? What do you like about it?

Amit: Rotterdam Film Festival is important to me: it is the first major film festival I attended and the experience made me move forward as a full-time film person.

TWoA: Moving forward, what are your plans for Sg.SAIFF?

Amit: The challenge now is to deepen the audience base, as well as be recognised as a major film festival for South Asian cinema. We hope to continue to be the flag bearers of South Asian Cinema in not just Singapore, but the subcontinent.

TWoA: Finally, what would you like to tell someone looking to organize a film festival?

Amit: It is a major undertaking that completely consumes you. One should be clear about the objectives and be prepared for the long haul.

[1] An interview with Girish Kasaravalli about Images/Reflections. By Prathima Nandakumar, published in The Week on May 17, 2015.

[2] Ramchander’s notes from Sg.SAIFF 2017, when Adoor Gopalakrishnan and Girish Kasaravalli were in conversation.