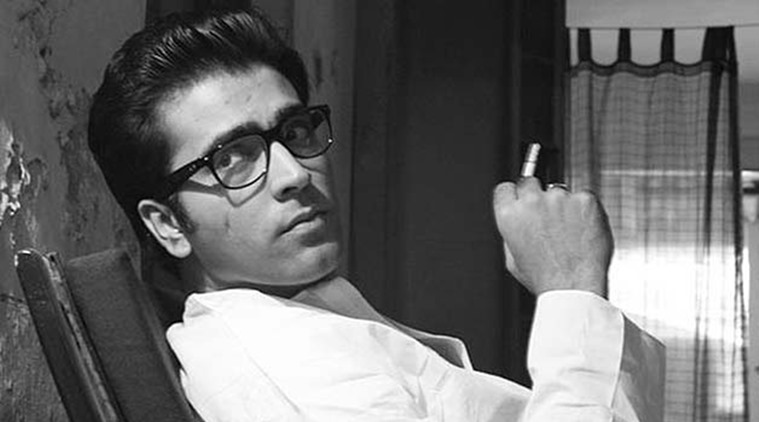 Byomkesh Bakshi is a name that pops up in every Bengali’s mind when the word ‘detective’ is mentioned. It is a name that all Bengalis live and breathe. Had Byomkesh been alive, he would have been greatly offended by it. He hated being called a detective. He preferred Satyanweshi or the Truth Seeker. That often makes me wonder what qualities make one a truth seeker. The person who could have helped me out of this quandary is long dead: the creator of Byomkesh, writer Sharadindu Bandyopadhyay. And since then, so much has been written about Byomkesh that at times, it seems like the world acknowledges no one except our Bengali dhoti-clad bhodrolok detective, Satyanweshi Byomkesh Bakshi.

Is this what Bandyopadhyay intended when he started writing the Byomkesh series in 1932? Did he intentionally create a character with such charisma that it would, in time, overshadow Ray’s Feluda and live forever in the pages of history? For as long as Bengalis are alive, or the city of Kolkata breathes, Byomkesh lives on. Not just in the hearts and minds of Bengalis but also in their subconscious. We Bengalis love our literature and its varied assemblage of characters. We immerse ourselves in the writer’s world and develop feelings for these literary characters; so much so that when Devdas dies of unrequited love in Sharat Chandra Chattopadhyay’s novel of the same name, we cry; when we meet Devi Chowdhurani in Bankim Chandra Chattopadhyay’s Anandamath, the first seeds of feminism are sown in our tender hearts, and we side with her when she becomes a dacoit; before air travel became accessible, Bengalis had already travelled to the forests of Africa and met the wildlife there, thanks to Bibhutibhushan Bandopadhyay’s Chander Pahar.

Sharadindu Bandopadhyay gave birth to Byomkesh in adherence to the Babu culture prevalent in Bengal; he was of the opinion that his creation should be in sync with Calcutta of the time. His stories are constructed on plots that retain their Bangaliana [Bengali spirit]. The cultural context is carved within the niches of the plot, and might help a reader develop an understanding of the city of Calcutta and its people.

In that context, It wouldn’t be out of the ordinary for Sharadindu Bandyopadhyay to create a character and write such riveting stories around it, making sure his name would be uttered in the same breath as Feluda, Sherlock and Poirot. Yet when it comes to turn such thrilling stories into movies, most directors, no, almost every director who ever attempted it, has fallen short, including Bengal’s pride Satyajit Ray and veteran director Anjan Dutta. What went wrong? Even with the availability of good actors, eminent script-writers and an engaging story, why couldn’t Ray and Dutta bring alive the magic of Byomkesh on screen?

Chiriyakhana, the story, starts off when Retd. Judge Nisha Nath Sen, who stays at a farm house called Golap Colony [The Rose Colony] in the outskirts of Calcutta, approaches Byomkesh and asks him to find out the details of an old Bengali movie song Bhalobasar Tumi Ki Jano [What do you know about love?] and the actress featured in the song Sunayana Debi. He thinks she is hiding in his nursery under disguise. People living and working in Rose Colony are a strange mix of sorts: social outcasts and criminals who have served their time. Hence the story was named Chiriyakhana or Zoo.

The judge also tells Byomkesh that of late, someone has been sending various motor parts to his office, and the objective behind this is a complete mystery to him. Byomkesh, with his writer friend Ajit, sets out to unravel the truth behind Sunayana Debi’s disappearance. Meanwhile, Nisha Nath Sen is murdered under mysterious circumstances. The local police seek Byomkesh’s help with the investigation. The murder of the old judge, the unknown sender of the car parts, the hidden identity of Sunayana Debi – these elements make Chiriyakhana a thrilling detective story.

Yet when it was adapted for the big screen, Director Anjan Dutta, of Mr. and Mrs. Iyer (2002), Bow Barracks Forever (2004), Dutta vs Dutta (2012) fame, fell short of living up to the promise of a blockbuster and disappointed us. (Although the movie was a better adaptation of the original story when compared to Ray’s Chiriyakhana.) Byomkesh O Chiriyakhana starred Jishu Sengupta in the lead role, veteran actor Saswata Chatterjee as Byomkesh’s best friend and wingman, the writer Ajit Bandyopadhyay, Ushasie Chakraborty as Byomkesh’s wife Satyabati and Priyanka Sarkar as Sunayana Debi/Bonolokkhi.

Jishu, to a certain extent, managed to portray Byomkesh quite effortlessly. But every time he smiled on screen, or tried to stare with intensity at the camera for too long, the effort was evident. Saswata, being a seasoned actor, was an excellent Ajit, having effectively transformed into the Ajit from the books. But to be fair, Saswata rarely disappoints. He is Bengali cinema’s Robert De Niro. Give him anything, from comedy to tragedy to thriller, and he will deliver. If only someone had thought of casting him as Byomkesh (though he would have to lose some weight for it), the movie would have been a pleasure to watch.

Ushasie was a sad waste of talent as Byomkesh’s wife. In the story, it is Byomkesh’s wife Satyaboti who solves the murder, but we spend enough time with her to learn of her sharp wit. In the movie, there’s hardly enough time to get to know her. The audience only sees her cooking most of the time. Actor Shantilal Mukherjee (with his baritone) as Nisha Nath Seth made use of his screen time. He proved to be a great wingman to Byomkesh and Ajit.

But the biggest disappointment was actress Priyanka Sarkar whose portrayal of Banolokkhi was squeamish and awkward throughout the movie. Bonolokkhi was no ordinary lady, she was not the Boro Bou (eldest daughter-in-law) of Bengali Cinema who is a helpless housewife, tortured by her in-laws, who don’t allow her to feed her sick son some Horlicks – yes, we have those movies too! Bonolokkhi was a singer/actress who had murdered someone and escaped the police. She was hiding at the Nursery and having an illicit affair with one of the residents there, while toying along with Nisha Nath Sen’s nephew. She should have been boisterous and sexy, not a wishy-washy persona. Yesteryear actress Gitali Roy, was far better than Priyanka as Bonolokkhi in Ray’s Chiriyakhana.

Byomkesh reveals to everyone in the climax that Bonolokkhi and Dr. Bhujangadhar are lovers, and the people responsible for the murders, but we never see any chemistry between the two. The romance doesn’t work. The ending of the movie was so hurried that it felt like a rushed lunch at a restaurant during Durga Puja in Kolkata.

And then there was this!

Ray introduced his audience to Chiriyakhana in 1967. But the movie might have been jinxed. From the early days of its shooting, there were problems: for starters, the movie was supposed to be directed by one of Ray’s Assistant Directors. But he requested Ray to finish directing it.

Ray knew there were drawbacks in the movie; the script was not what he would have liked it to be. Its execution was slow, almost sleepy. Ray had a foreboding that the movie was destined to be a failure and he himself lost interest in it. But he was facing a lack of funds for his other movie Goopy Gyne Bagha Byne and therefore reluctantly agreed to direct Chiriyakhana. Later, Ray admitted to his biographer Andrew Robinson, that he had accepted the movie willy-nilly.

For a director like Ray whose attention to detail was legendary, Byomkesh’s room in the movie was dishearteningly shabby, with a hanging skeleton keeping him company. It is possible that Ray himself never read the Byomkesh stories. If he had, he wouldn’t have altered the marital status of Byomkesh and Ajit in the movie. Creative liberty?

Ray’s casting was his strong suit. He had a deep knowledge of the human psyche, faces and camera angles. Actor Soumitra Chatterjee is the perfect representation of a young man’s trial of accepting life, adulthood and later fatherhood as Aparajito in Apur Sansar. Sharmila Tagore as Devi, the innocent girl who is thought of as a Goddess and later becomes hungry for attention and the exalted position of a deity…still gives me goosebumps.

However, casting ‘Mahanayak’ Uttam Kumar as Byomkesh was not the best decision Ray made. Uttam Kumar was a great actor, but he was no Byomkesh. Uttam Kumar, during that time, had aged. He was never the fittest of actors to begin with. The way he moved on screen, his body language, and his look were all contradictory to the image of Byomkesh the audience had in their minds. It was like watching the tragic romantic hero Devdas become a detective. Actor Soumitra Chatterjee would have been the perfect fit for the role and would have done more justice to the character than Uttam ever could, but Ray was probably saving Soumitra for Feluda.

Sharadindu Bandyopadhyay had described Byomkesh as a “fair, good looking amiable man with a general liveliness in his movements.” Uttam Kumar appeared on screen with his chocolate-boy good looks, a potbelly and the body language of a Bengali Babu after his Sunday meal. Byomkesh’s characteristic calmness, his agility, his fidgeting, his disarming smile were all absent in Uttam. Also, Byomkesh didn’t fancy disguises for solving cases. In all the stories, he appears as himself. Providing Byomkesh with two outlandish disguises took away the ingenuity of the script. It was not Bandyopadhyay’s Byomkesh but Ray’s Byomkesh that people saw and didn’t really fall in love with.

Satyajit Ray is known to have said, “The most unsatisfying film, Chiriyakhana (The Zoo), is not being shown in my current retrospective. For one thing, it was not a subject of my choice. I was forced by circumstances to do it. Some of my assistants were supposed to do the film, but they suddenly lost confidence and asked me to take it on. Chiriyakhana’s a whodunit, and whodunits just don’t make good films. I prefer the thriller form where you more or less know the villain from the beginning. The whodunit always has this ritual concluding scene where the detective goes into a rigmarole of how everything happened, and how he found the clues which led him to the criminal. It’s a form that doesn’t interest me very much.”

Chiriyakhana, till date, remains a rare gem in Bandyopadhyay’s Byomkesh oeuvre. The story will always be the one that has all the makings of a blockbuster. Readers have loved it for ages and will continue to do so. So, here’s hoping that where Satyajit Ray struggled, and Anjan Dutta failed, someone else might give this story its due. Mr. Srijit Mukherjee perhaps?