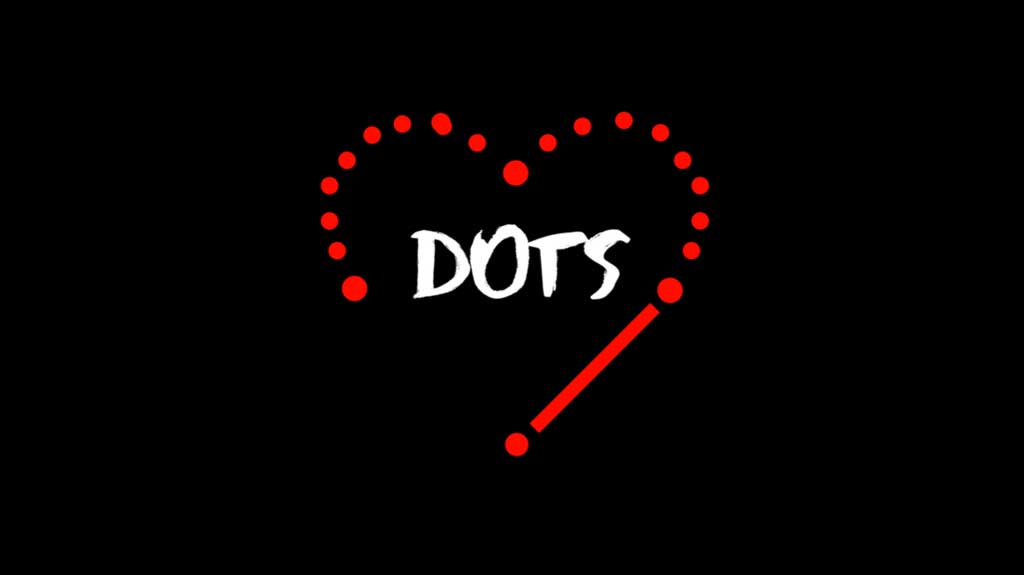 What if there was an app that brought together two strangers to have a conversation? This is the premise of the film DOTS, a feature film shot remotely during the COVID-19 lockdown, with the cast and crew members situated in different parts of the world. The film is composed of five intercut segments, with each segment being a conversation between two strangers.

We spoke to director Shilpa Krishnan and two of the actors, Raaghav Ranganathan and Parna Pethe, who acted out one of the conversations; between a gay man and a documentary filmmaker who asks him some questions for a documentary she is working on.

Shilpa said she wrote this segment after having written the other four—young love, an elderly couple, strangers, acquaintances. “I have never written a story about LGBTQIA+ characters before. What I wanted to be very careful about was that I don’t stereotype anyone. Too many films focus on the physicality of the relationship. We need to look beyond that. To empathise with someone, they have to be portrayed as one of us. So that was the starting point for this particular story.”

Shilpa was clear that she didn’t want to write a typical story about two men or two women falling in love. “What if two members of the LGBTQIA+ community with no possibility of a romantic relationship talk openly with each other?”

Shilpa Krishnan Shukla is an award-winning filmmaker who focuses on independent, zero budget films that she writes, directs and produces, while pursuing her full time career as a marketing director with a global healthcare company.

Parna Pethe is a theatre and film actor. She is a part of the Pune-based theatre groups Aasakta and Natak Company. She has acted in Marathi films like Rama Madhav (for which she won a Filmfare Debut award), Faster Fene, Ashleel Udyog Mitra Mandal, and an upcoming film titled Medium Spicy. Parna is one of the recipients of the Vinod Doshi Fellowship given to young theatre practitioners. Currently, she performs in the Marathi play Amar Photo Studio, and a multilingual play titled Bone of Contention in Cosmopolitan Co-operative Housing Society.

Raaghav Ranganathan is an actor who primarily works in the Tamil film industry. Raaghav got his breakthrough in K Balachander’s television serial Anni, and Sundar K Vijayan’s Alaigal. He has acted in several films since then, such as Endhiran, Velayudham, Nanjupuram, and the upcoming films Beep and Puliyamaram. Ticket is Raaghav’s directorial debut. He is also a musician, having composed music for three films.

We wanted Raaghav and Parna to tell us what motivated them to work in DOTS, how they understood and approached their characters, Vaibhav and Saira.

“I loved Shilpa’s storyline and her writing,” said Raaghav. “There is no forced resolution, there is only a softness to the characters.”

Raaghav saw the Vaibhav-Saira track as “a yearning for acceptance meeting an acceptance for the yearning.” He played Vaibhav as someone who accepts and conceals his pain, putting on a happy face. Vaibhav comes across as someone who communicates a lot more through hand gestures and eye contact, rather than words. “When I try to break it down intellectually now, the hand gestures probably happened because Vaibhav was putting on this façade and trying to give this impression of exuberance. And the eye contact probably happened because Vaibhav sees himself in Saira and feels her pain, he wants to tell her it’s going to be okay, but also knows that everything is not going to be okay. Maybe he chooses to just look at her and leave all of this unsaid. Or maybe Parna is beautiful and I loved to keep looking at her, hahaha, who knows!”

Parna said she enjoyed the subtle writing, and how the film never downplayed the emotional states of its characters, allowing them to be vulnerable. She enjoyed the fact that her track was set up around a boy and girl talking about their identities and being supportive of each other.

To prepare for the role, Parna read and studied, and spoke to her friends about the struggles of coming out, the emotional turmoil behind the decision, the fight to be accepted by family and society. She wanted to make sure Raaghav and her did not make Vaibhav and Saira’s mannerisms too artificial.

We asked Raaghav and Parna, who work in the Tamil and Marathi film industries respectively, to share with us their impressions on films centered around LGBTQIA+ stories in their language.

Raaghav maintained that the representation of LGBTQIA+ characters in mainstream Tamil cinema is still in its nascent stages.

“While there are some niche films like My Son is Gay being talked about in the festival circuit, these are sadly not noticed by mainstream audiences. In most commercial Tamil films, gay characters are usually portrayed as an object of ridicule. It is as a personal reaction to such portrayals that, in my soon-to-be-released directorial debut movie Ticket, I wrote a track featuring a group of guys repeatedly making fun of someone for being “so gay,” and at one point the character silences them by asking “What’s wrong with being gay?” The film premiered at the London Indian Film Festival. My wife (the producer of the film) and I were interviewed by the BBC, and they especially appreciated the intelligent and sensitive way this particular track was handled. I think more mainstream commercial cinema that treats LGBTQIA+ characters and their relationships as normal are important.”

Parna admits that Maharashtra has had a long history of social reformers who have helped the society shed its conservatism and accept new ideas, yet the number of people coming out, talking about their experience, and making films and plays about this remains insufficient.

“Vijay Tendulkar, a prominent Marathi writer, wrote a play called Mitrachi Goshta [A Friend’s Story] in the 1970s. And I can tell you the story was ahead of its time. We recently performed the play with a new cast. I am happy I was part of the play! Ravi Jadhav, a Marathi filmmaker, directed a short film based on the play. Another film, Jogwa, was a heartwarming story about trans people. There is an interesting novel called Cobalt Blue by Sachin Kundalkar (translated from Marathi to English by Jerry Pinto); it is a sensitive queer story which is now being made into a film. Sachin’s play Chotyashya Suttit [On Vacation], directed by Mohit Takalkar, was performed a couple of years ago. It helped create a new wave in experimental Marathi theatre, along with a recent play by Sagar Lodhi called Hijada. The writer-director duo of Kshitij Patwardhan and Sameer Vidwans are doing their next film based on a true story of a trans person’s life. These are a few of the works in Marathi, that tell stories about LGBTQIA+ identities. As you can see, there aren’t many stories being told, but it is heartening to see more short films and alternative art forms take up such content now.”

Both Raaghav and Parna feel that more films—especially mainstream cinema—and more art must be created, so as to spark conversations about gender and sexuality, and to generate a sense of solidarity. Parna has worked on Ashleel Udyog Mitra Mandal, a new age film about different sexual identities. She was also a part of Rohin Ravindran’s film The Booth, which tells the story of a romance unfolding in a female frisking booth at a crowded shopping mall.

We asked Raaghav and Parna about their favourite films which featured diverse sexualities.

Raaghav said Boys Don’t Cry and Brokeback Mountain both affected him deeply. “The pain of being forced to pretend to be someone else was heartbreaking to watch.” Most recently, Parna enjoyed Portrait of a Lady on Fire, for its beautiful portrayal of two girls falling in love in 18th century France. She liked Kalki Koechlin’s work in Margarita with a Straw. For the openness with which it showed its protagonists’ relationship, Blue Is the Warmest Colour was a revelation to her. “And the Hindi film Aligarh, which was an important experiment,” Parna added.

Aligarh was based on the life of Shrinivas Ramchandra Siras, a professor at Aligarh Muslim University. He is a shy man used to living and loving in secret, and we see it isn’t easy being a gay man in small town India.

Raaghav and Parna agreed that the media plays a big role in shaping one’s perceptions. A film need not be propaganda, but it can be an artistic exploration of lived realities, making space for much needed dialogue among different groups in society. Specifically about DOTS, Raaghav said it was important to have LGBTQIA+ sensitive content that was suitable for viewing across age groups, so even if the current generation is set in its ways, the next generation can be influenced and moulded in the right way. Parna hopes that DOTS may encourage people to understand that different sexual identities are what makes us human, and that everyone ought to have the freedom to live and love the way they want.

DOTS will be available on the Kathaah Production Youtube channel from 30th July – www.youtube.com/aKathaahProduction