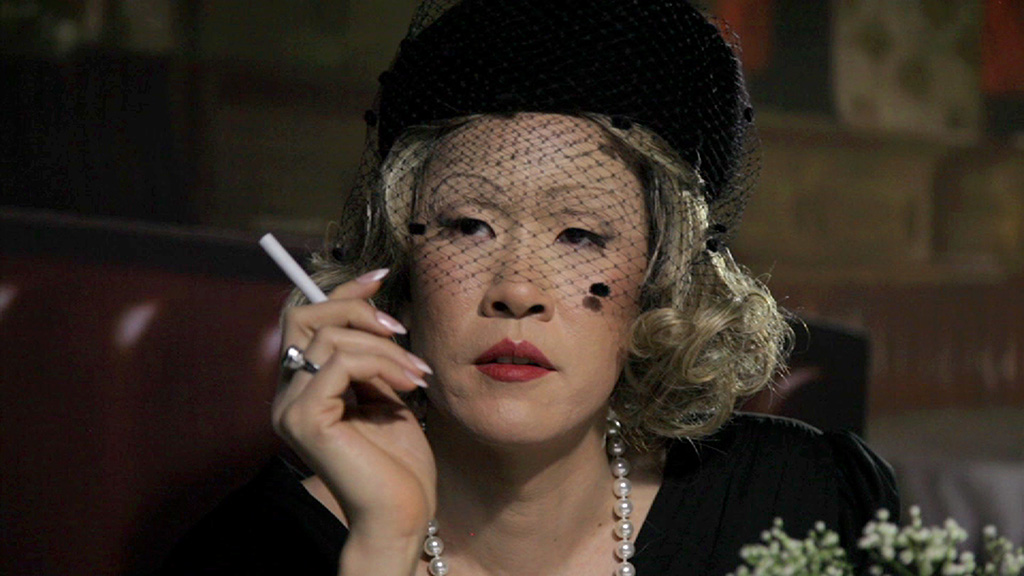 In this short interview, Ming Wong talks to us about Making Chinatown, his influences and his passion for the performing arts.

Ming introduces himself to us:

I was born and grew up in a newly independent Singapore in the seventies. My influences were more pop-cultural than from any national art history narrative. Cinema and TV and pop culture from multiple linguistic and cultural sources – American, British, Hong Kong, Indian, Malay, etcetera – reflecting the multiple perspectives of that era in Singapore.

I suppose this formed the core of my artistic motivations – exploring performativity of language and identity. As I moved away from Singapore and developed as an adult, I included other aspects of identity in my repertoire – social, ethnic, gender, physical, and so on.

Being on the move between cities and homes and studios, subject to the forces of survival amidst gentrification (I lived in London for 10 years before moving to Berlin) my practice veered towards digital virtual media, not so much object or material oriented.

In Singapore I worked in the theatre scene as a playwright, and my experiences from that time informed my later practice of live performance and works for the camera.

What gave you the idea to make works that reinterpret classic movies or scenes? Do you remember the first reinterpretation you made?

Four Malay Stories (2005) was my first proper ‘homecoming’ exhibition in Singapore after I moved to London in 1997. Inspired by the films of Malay film wunderkind P. Ramlee, I played sixteen different characters, representing a spectrum of personas from Malay cinema. It was a no-budget affair, a one-man production. I shot everything in my studio, and did everything from lighting to sound to makeup and post-production. 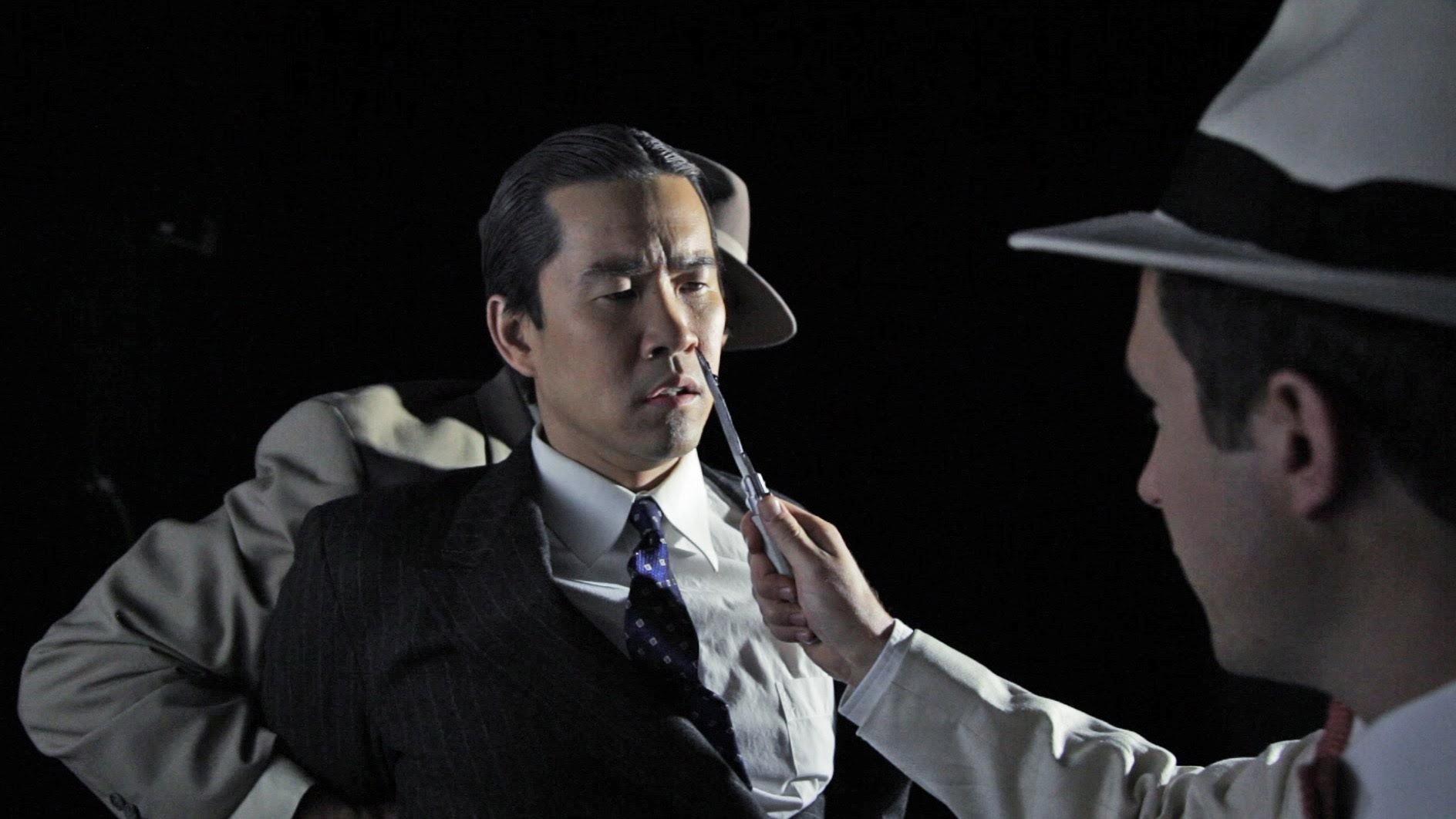 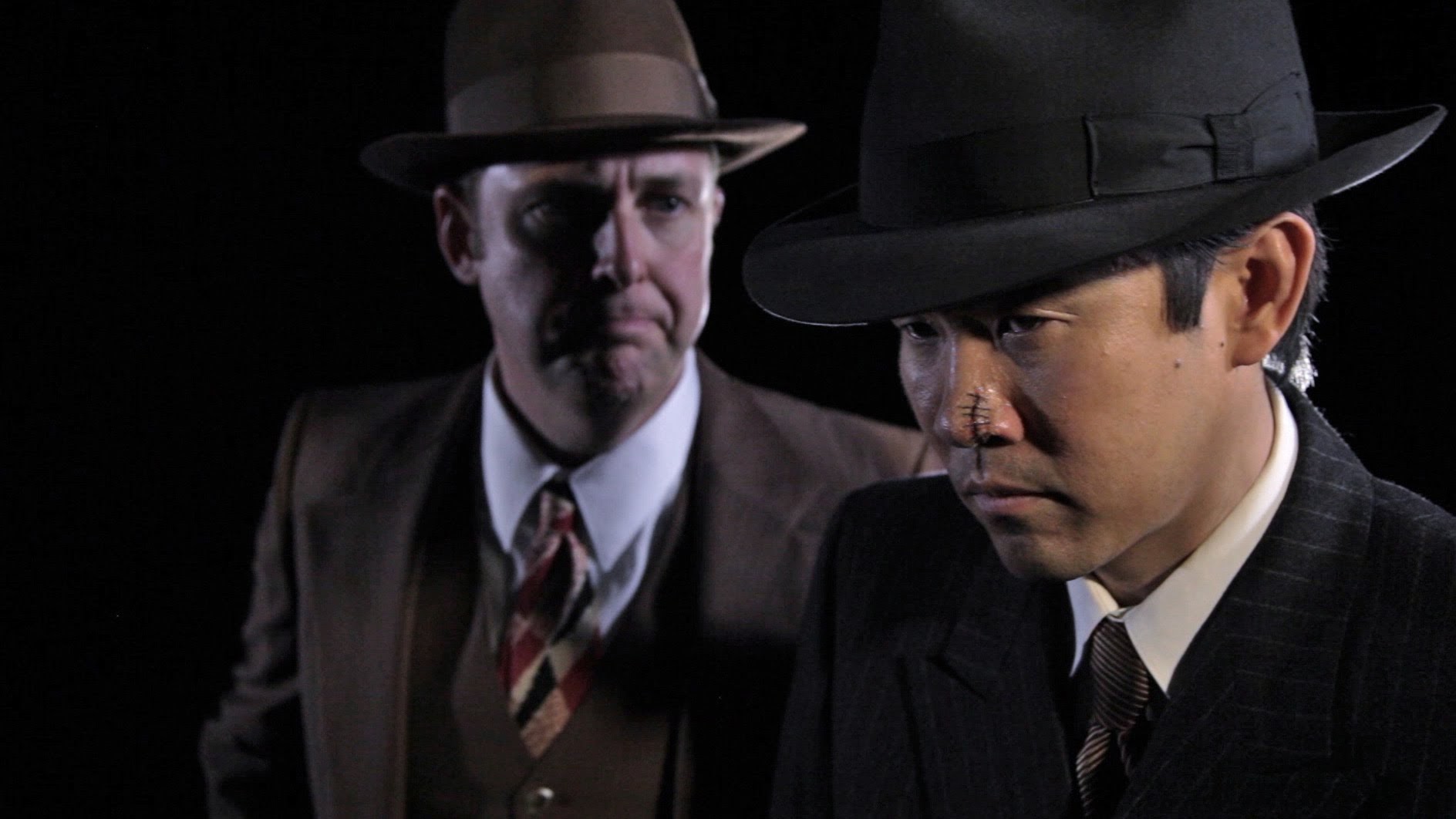 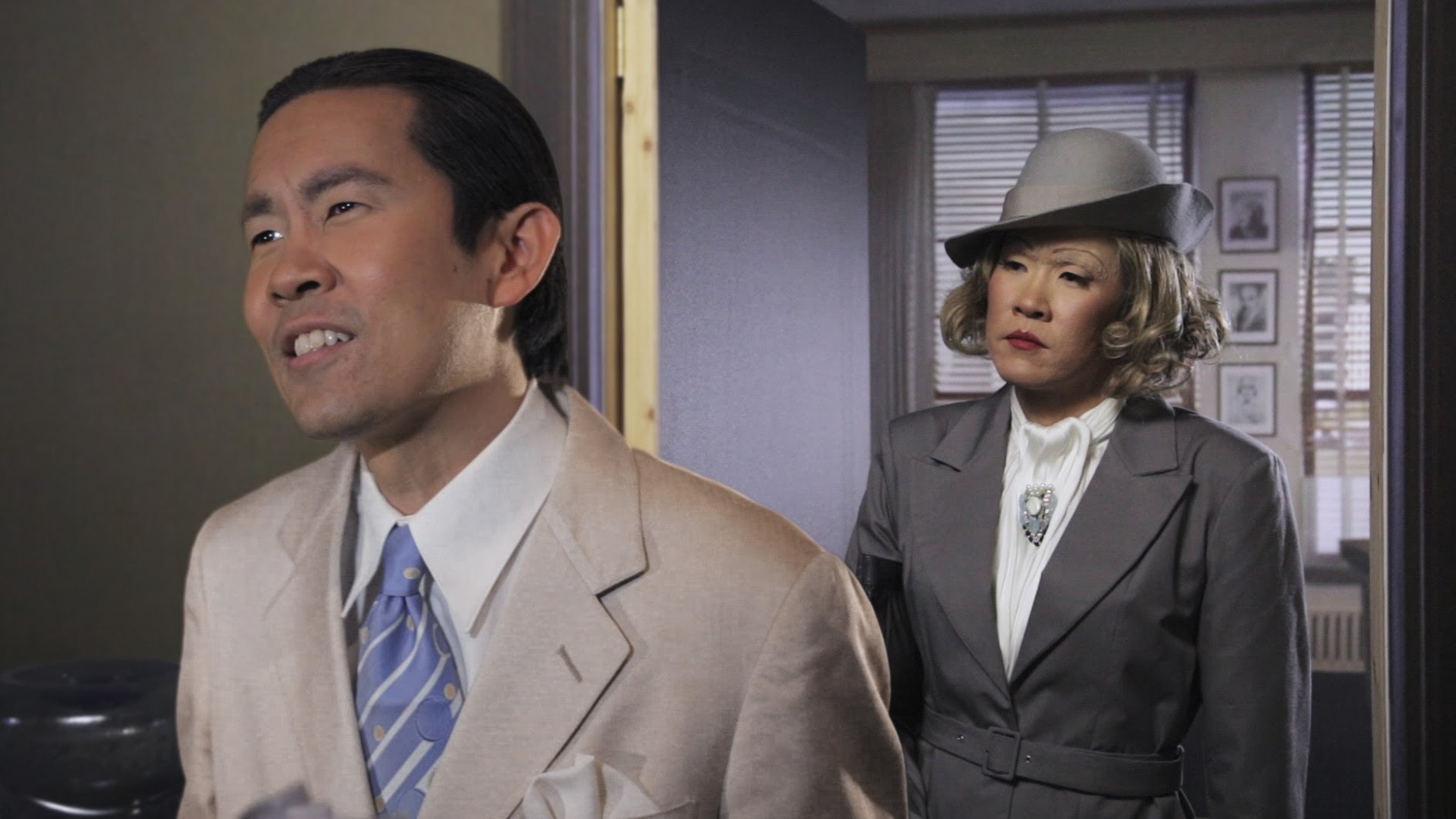 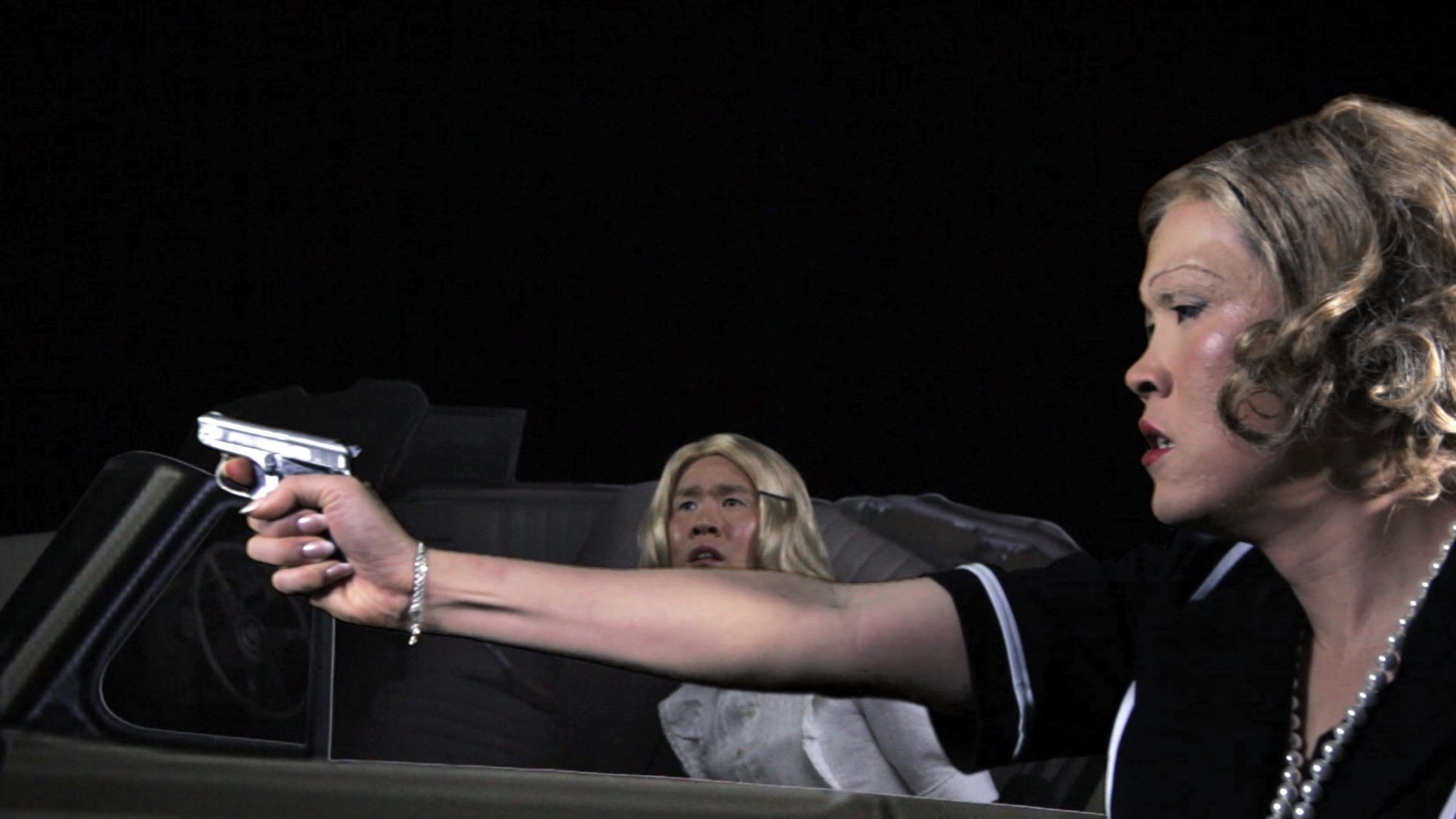 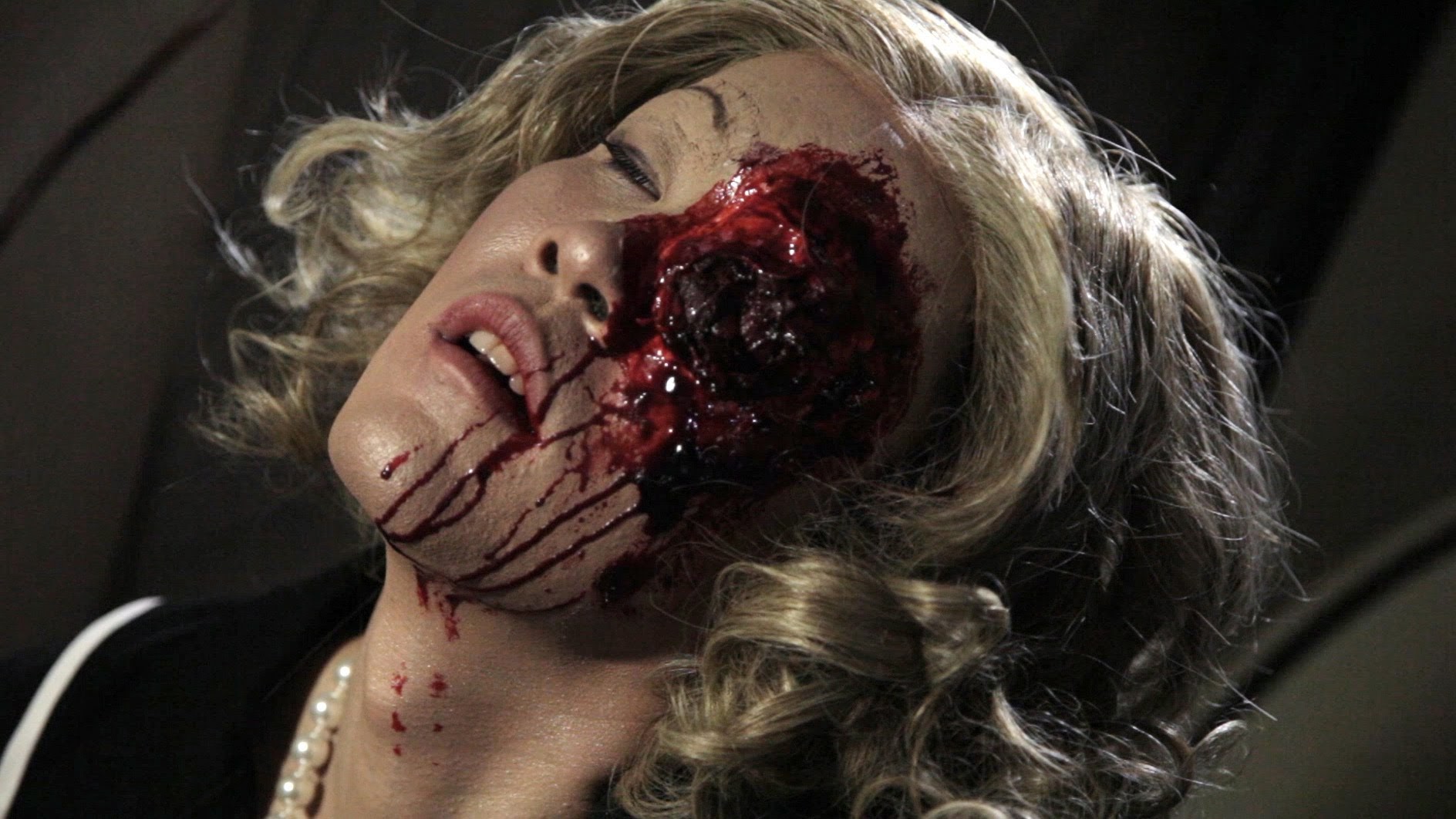 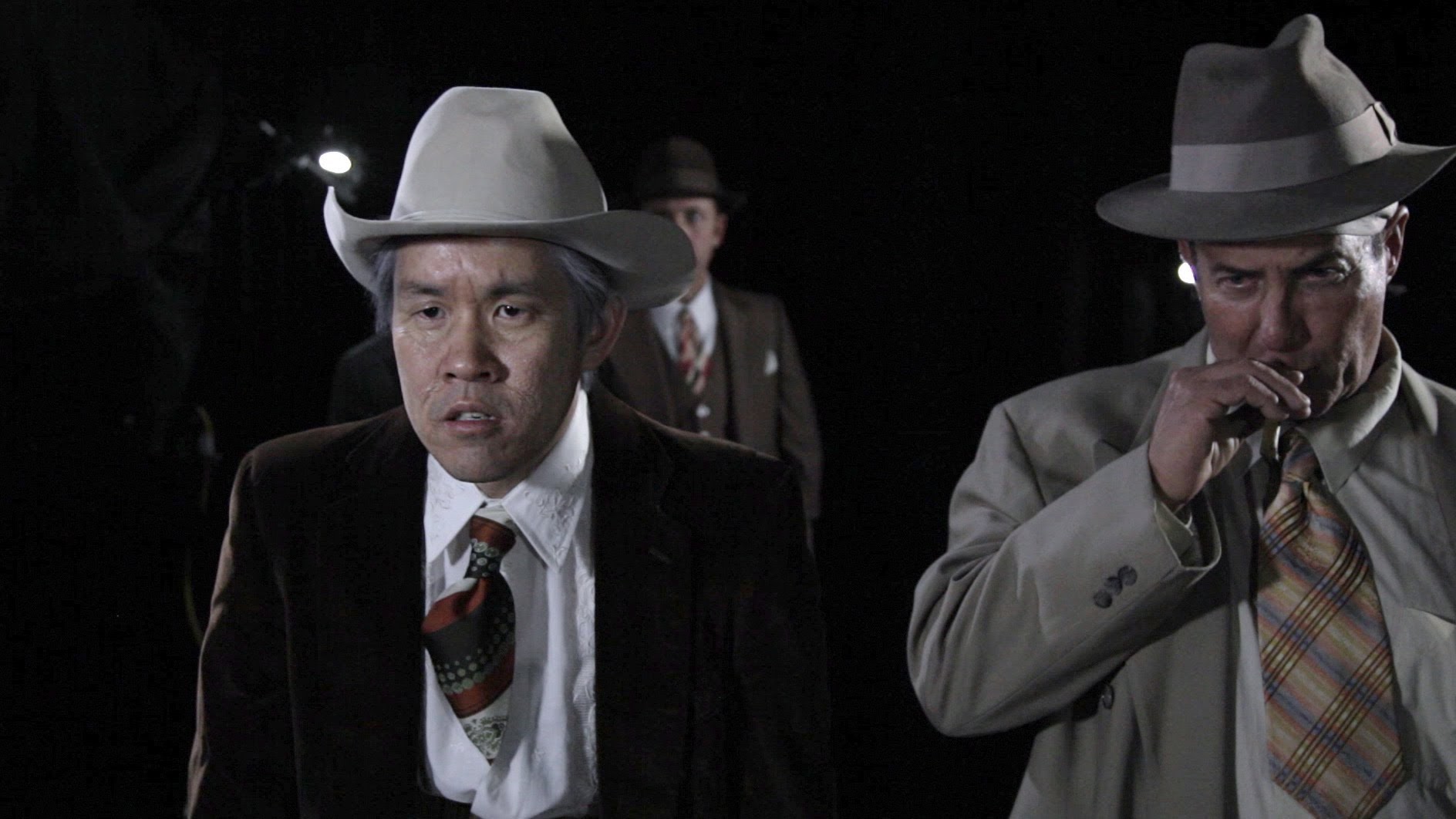 What Ming had to say about Roman Polanski’s Chinatown, his initial reaction to it, and how his response evolved over time:

I don’t think I really watched it properly until I was researching for the project in LA. It’s one of those movies where everything came together perfectly, from the script to direction to acting to music. It had such a dark ending, which probably reflected Polanski’s mindset at the time. It is still shocking and powerful stuff, perhaps even more so today when everything out of Hollywood seems to be so mainstream commercial and dumbed-down.

What prompted you to reinterpret the movie this way?

Making an art film project in LA is special. LA is the Mecca of cinema history, of Hollywood, of a certain way of being and behaving. The curator of REDCAT who I was working with, Aram Moshayedi, drove me around the city and we talked about what LA meant for the people who lived there, the cinematic heritage that surrounds the city. In a way, Making Chinatown is a tribute to the city. Chinatown is a film about Los Angeles. And REDCAT is located next to Chinatown in LA, which stands like a kitsch film set haunted by ghosts of the past; of the many unheard immigrant voices who made the journey across the Pacific from Hong Kong to California. By turning the main protagonists of this iconic LA film into Chinese characters – like a Chinese Jack Nicholson and Faye Dunaway – all played by me – seducing myself, betraying myself, killing myself – it brings an incestuous darkness from the original film to the installation, throwing some light on how collective memory and pop culture form the way we think of ourselves and others.

Could you tell us about the team that worked with you on this project, especially the cinematographer and backdrop designer if any?

In LA, it was a pleasure to work with a team who was so professional and easy going – and we worked fast! That’s the difference when you work so close to the industry. Apart from some pre-production work I did before arriving in LA, we had one month to shoot and edit and install the work for the opening.

Do you notice any difference in yourself before and after Making Chinatown?

After Making Chinatown, I returned to LA and San Francisco, to do further research on the history of Chinatowns and immigration of the Chinese to the US. This culminated in another work called After Chinatown which traced the journeys of these pioneering Chinese immigrants.

We asked Ming about his favourite cinema hall and why he likes it.

I am a fan of old cinema halls and I look for them in the places I travel to. I documented old Malayan theatres all around Malaysia. Some of these are abandoned and overgrown with trees and plants. These were utopian communal spaces during an era when people could see representations of themselves on the silver screen, with common references and shared experiences. My favourite one looks like something out of Angkor Wat.

Video installations are common in museums and galleries. The conditions for showing such work are not always the best, due to light and sound conditions. Whilst such screen-based media become ubiquitous, I am drawn once again to the medium of live performance, of actual physical happenings as opposed to screen interfaces.

Technology moves faster than what humans can physically do or experience, and this sets up a challenge for museums, galleries, cinemas, schools, all sorts of physical spaces. How can one sustain the showing and preserving of artworks that are tied to the technology with which they were made? If you think about it, cinema was only born about a century ago, and look at the technological progression within that timespan.

On the unique challenges he faces as a performing artist:

Right now I am thinking a lot about the future, and the connections to traditional performance artforms. For example, the history of Chinese Opera and the future of Chinese cities, and seeing if there are points of connection.