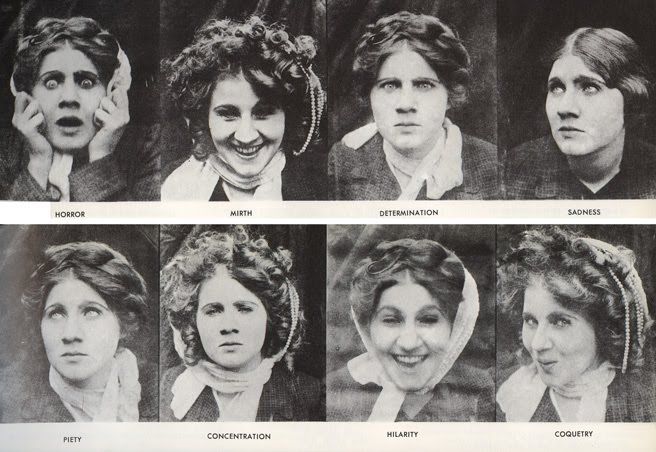 If you like cinema, sooner or later you’ll find some kind of drama in your life. If you prefer modern movies and live in a small town, you’ll find only blockbusters in your local cinema – no cult, foreign or alternative movies at all. If you like old movies, things are a little more complicated. Besides being considered “weird” by people around you – and I say this based on my own experience – you, the classic or silent film lover, will go through phases. After watching all those movies considered “essentials” – and it may take a few years – you’ll want more, and more, and more.

But what can you do if your idols are either retired or dead? You can go after whole filmographies, biographies and articles written about them. Yes, because even the stars of the past were of interest and were subject of articles and photo shoots in magazines – and some of those magazines can be found online!

What is a celebrity? And a star?

It’s difficult to define what exactly makes a celebrity but, according to author Fred Inglis, it’s nothing new. Celebrities exist roughly since the nineteenth century. Worshipping celebrities is not new either, but this activity certainly has evolved rapidly in the past century – and it became common for children to dream of being famous when they grow up. When the interest for celebrities is exaggerated, it is even considered a disorder called Celebrity Worship Syndrome.

Celebrity worship has a deep-rooted history and is closely linked to national heroes, and the building of a national identity. With time, the figure of a hero was replaced by the figure of a celebrity for a simple reason: you have to die to become a hero, but you must be alive to enjoy your status as a celebrity. Polish sociologist and philosopher Zygmunt Bauman talks about the shift in our concept of society, and how strong community ties were replaced by malleable social ties.

Today we define a celebrity as a hero for the society of fast consumption. But how did cinema and film magazines contribute to this shift?

The first movie stars were anonymous

A celebrity can come from anywhere today. A celebrity can be a YouTuber, singer, TV show host, digital influencer, former Big Brother contestant or even simply famous for being famous. But hundred years ago, there was only one way to become a celebrity – being a movie star.

Actors have existed for many, many centuries, since Ancient Greece, but movie stars are entirely different. Let’s not forget that movie cameras were developed and tested as scientific experiments. The first movies were staged and documental, in the sense that most of them showed daily-life situations, but the people posed for the cameras. It was this way with the Lumières and Thomas Edison.

When the world finally saw that moving pictures were not a fad, filmmakers, producers and distributors decided it was time to profit from films. And how did they make the most profit? By keeping the film stars anonymous.

The producers believed that, if the early film stars became well-known among the audience – as theater actors like Sarah Bernhardt were – they’d ask for a bigger salary. The actors were tied to their studios – for instance, one film could be marketed as starring The Biograph Girl instead of saying the actress’s name. But the audience was smarter, and they could recognize a familiar face. Soon, it was revealed that The Biograph Girl was named Florence Lawrence, and she became the first movie star. With Lawrence and her contemporary Mary Pickford, a new kind of celebrity was born.

Cahiers du cinéma, the French magazine that circulates since 1951 and became a synonym of provocative film analysis, and was the first home for many Nouvelle Vague filmmakers, is the first film magazine most people think about. Oh, sure, there is Sight & Sound, famous for releasing, every ten years, the list of the best films ever made, chosen by several critics and filmmakers. Sight & Sound was founded in 1932.

This publication is so absolutely unique amongst the hundreds of monthly magazines, its Editors feel assured that the novelty will of itself attract an attention that the publication will hold.

What did The Motion Picture Story Magazine bring to the table that was so unique? It brought illustrated short stories written from movies that hit the screens. Yes, the first fan magazine was full of spoilers: the whole story was told, so the audience knew it all when they finally went to see the movie. And some magazines continued to be fuelled by spoilers for many years – especially in other countries.

You probably can’t tell from the way I write, but I’m from Brazil. And it’s a common joke here that “Brazilians know no limits.” The same is true for Brazilian film magazines.

The first exhibition of moving images in Brazil happened in 1896, in Rio de Janeiro, then the national capital. The person responsible for bringing movies to Brazil was Paschoal Segreto, an Italian businessman. The first exhibitions were few and far between, but, observing how popular they were, Segreto opened in July 1897 the first place to have continuous exhibitions scheduled – the first movie theater.

In 1898, Segreto innovated once more and released the first publication in Brazil focused on moving images. O Animatographo may have been just a group of press-releases about Segreto’s newest inauguration, a variety house called Salão Paris, where several films were exhibited – including the ones from the Lumières and a few shot by Segreto’s younger brother, Afonso, that were the very first movies made in Brazil. O Animatographo wasn’t about stars, it was about the tool itself, and it even featured texts about the attraction in other languages.

After this quick start, film magazines in Brazil almost vanished. In the following decade, there were no titles exclusively about films, only tiny notes in magazines that dealt with varied issues. In 1911, O Cinematographo was published in Rio. It was a four-page issue that was more of an almanac, with stories, recipes and tips, and was offered by a movie place – a cinematographo! – and hence the name.

The two most famous film magazines, A Scena Muda (1921-1955) and Cinearte (1926-1932), and also the popular film section in the magazine Para Todos (1919-1958) all followed the same formula: they didn’t have film criticism. Nobody wanted to read about camera angles and technical aspects of filmmaking – and, let’s face it, nobody was writing because a lot of the film vocabulary was still being created. Everybody wanted to know what stories they would find at the movies. So the film magazines were tell-it-all: they presented the film cast, some film stills and the whole story as told in the picture – full of spoilers, of course. Names were often adapted to appear more Brazilian – for instance, the foreign Gilbert was here called Gilberto.

This is awful, isn’t it? Well, considering our modern times, in which friendships end because of spoilers and there’s an ongoing discussion about when it is acceptable to publish spoilers online, the way these articles in film magazines were written certainly sounds bad. I don’t know if people back then were okay with having their fun spoiled by the magazines, and unfortunately I can’t ask anyone who lived in the silent film era.

But let’s look at this from another angle: from the perspective of film historians or researchers. As a film nerd, I am saddened whenever I think that most silent films are lost forever. According to the Library of Congress, about 75% of all movies made from 1896 until 1929 are totally or partially lost. Most of them decayed with time, because there was no concern about film preservation in the early days of cinema, and movies were supposed to be shot, exhibited and, if possible, recycled – by shooting something else over the same film reel. Movies were also shot using volatile material, and many of them caught fire.

So, for us, once a film is lost, there is no more hope to know anything about it, right?

Thanks to the Brazilian lack-of-limits, we can reconstruct the plot of the films through these tell-it-all magazines. This was probably their greatest contribution to the film world: they are historical sources.

Around the world in film magazines

Let’s get back to the concept of being a celebrity. Cinema made fame a global business. A theater actor could only perform in one place at a time, and had to travel in order to become known in other countries. But a film performer could have his or her films being shown in several countries at the same time – it was only a matter of making copies of the film and selling them. It would take some months until the film cans arrived in other countries and continents by ship, but it was already a huge improvement.

The 1910s came, and film stars became global stars. In the mid-1910s, during the First World War, the focus of film magazines shifted. Now, they were all about the movie stars. In almost all countries, these magazines were published after the war, and met with huge success during the 1920s. According to the Domitor database, the countries with most titles, after the USA, were Italy and Spain.

All countries had one obstacle: Hollywood. There was a much smaller space dedicated to national movies. These magazines always focused on films made in the USA. The Hollywood movie stars were also a big part of the magazines: their biographies, love lives and future projects were published next to full-page glamour shots.

These magazines were fundamental as agenda setters: by focusing on Hollywood movies and the intimacy of stars, they showed what was the most important for the audience to know, and which movies they couldn’t miss. Hollywood and celebrity became words that couldn’t be dissociated – and they still evoke each other.

Where are they now?

Are you interested in those old movie magazines I’ve been chatting about? I have very good news for you: there are thousands of digitized pages available for free online. You can find them at:

What about modern film magazines?

You probably realized that most film magazines founded in the 1910s and 1920s stopped circulating by the 1950s. It was, of course, due to a new entertainment source, the television, and the consequent fall and end of the Star System. The film magazines that couldn’t adapt ended, but others changed.

Today most of the film magazines we find at stores are about gossip, yet the love for film endures. There are many film publications online – like this one you’re reading right now. Online magazines are the future.

We’ve come so far from the age of anonymous film stars, all the way to digital research – not even in his wildest dreams would Méliès have imagined that we’d be here now, keeping the memories of film personalities like him and many others alive.

Letícia Magalhães is a Brazilian historian and digital marketing professional. However, her biggest love is moving images, that’s why she writes her own blog on classic film, bilingual Crítica Retrô. She is also an editor at the multilingual publication Cine Suffragette.