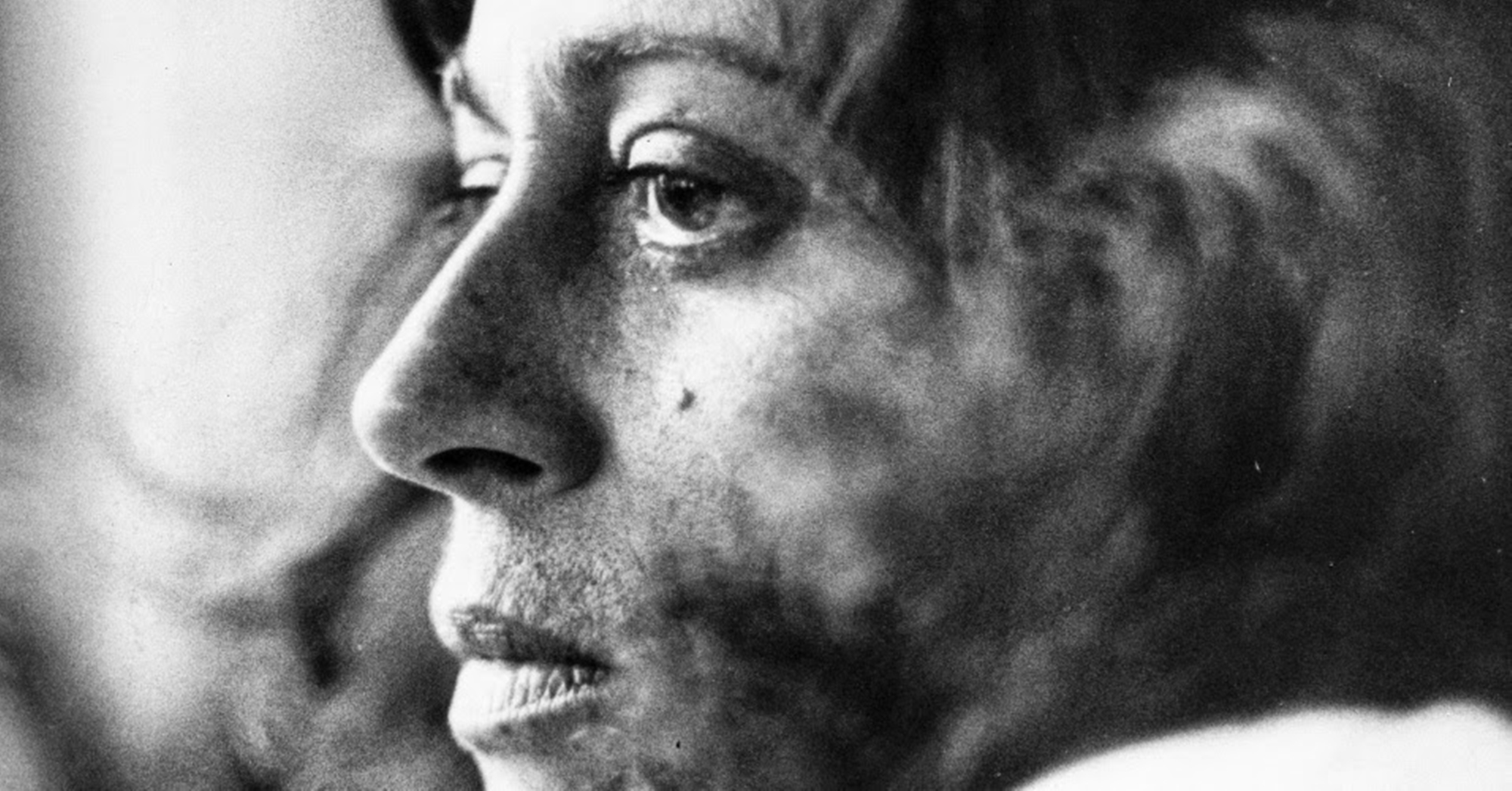 For new generations, Norma Bengell’s name does not mean anything at all. Those who saw that old, solitary, recluse woman, seated in her wheelchair in front of her small television – one of the few objects that occupied the big empty space of her house in the south of Rio de Janeiro – could never envision that this was the same woman who once captured the world’s imagination with her enigmatic eyes and inherent sensuality.

It is also difficult to approach, in only one article, her vast work, built over five decades. From a mannequin at Casa Canadá – a luxury Brazilian maison that brought to its team of models future actresses like Ilka Soares and Odete Lara – Norma Aparecida Almeida Pinto Guimarães d’Áurea Bengell began her life at the carioca nights as a starlet in nightclubs, eventually being discovered by producer Carlos Machado. In 1959, she made her debut on the silver screen: the film was O Homem de Sputnik [The Man from Sputnik], a comedy by Carlos Manga starring Oscarito, in which the 23-year old actress satirizes Brigitte Bardot. The audiences and the universe of cinema were captivated by the young star’s charm and beauty.

Following O Homem de Sputnik, Norma acted in a few lesser-known films, like Conceição (1960) and Mulheres e Milhões (1961), until she starred in the movie that defined her as the great sex symbol of her times: Os Cafajestes [The Unscrupulous Ones, 1962], by Ruy Guerra. The Unscrupulous Ones presents Norma in the first frontal nude scene of Brazilian cinema.

“Although still unconscious, I wasn’t like the other women, raised to be an object,” she wrote in her autobiography, published posthumously in 2015.

That choice to be this woman was further established in her next roles such as the prostitute Marli in Anselmo Duarte’s masterpiece, O Pagador de Promessas (The Given Word, 1962), winner of Palme d’Or in Cannes. This was the film that opened doors for her to world cinema. In Europe, Norma Bengell experienced the peak of her stardom with movies like Mafioso (1962), by Alberto Lattuada, an underrated name in neorealism; and the sci-fi classic Planet of the Vampires (1965), by the master of Italian horror Mario Bava, a film that influenced Ridley Scott and his famous Alien. She was directed by Sergio Corbucci in the spaghetti western I Crudeli (1967), in which she starred opposite Joseph Cotten. She was also directed by Fabrizio Taglioni (La ballata dei mariti, 1963) and Giuliano Montaldo (Uma bela grinta, 1965).

“I consider myself, with no arrogance, an avant-garde actress,” she said.

The women in Norma Bengell

The woman Norma Bengell – authentic, transgressive, libertarian – has never limited herself to conventions. Her choices and attitudes reflected the changes in female sexual behavior during the second half of 20th century. In the early 1960s, she scandalized the Catholic Church by defending the use of birth control pills and claimed to have done, throughout her life, sixteen abortions.

“Actually it was only one, but I say sixteen to provoke,” she confessed in an interview to Antônio Abujamra.

Impudent and fearless, for her “the artist has to expose himself, and that is why he chooses a profession beyond good and evil.”

“Men speak a language much different from ours,” she said.

“If men are oppressed, women are as well, but in a double way. This oppression leads to a different form of expression, and when women take control of that, we can even create a new culture.”

Bengell refused a marriage proposal from Alain Delon (she claimed to have been sexually abused by him after she broke up) to live alongside her great passion: Italian actor Gabriele Tinti, with whom she starred in Noite Vazia [Men and Women, 1964], a charming existentialist drama directed by Walter Hugo Khouri, with Odete Lara and Mário Benvenutti. Their union, however, did not last too long, and the separation was the reason why Norma left Italy to return to Brazil.

“Italy was too small for the two of us.”

Her list of lovers include director Anselmo Duarte and rock n’ roller Mick Jagger – her co-star in Running Out of Luck (1987), a lesser known film made during one of the Rolling Stone’s passages through Rio de Janeiro.

During the 1970s, Norma Bengell presented herself as a potential dramatic actress, as seen in A Casa Assassinada [The Murdered House, 1971], directed by Paulo César Saraceni. In this screen adaptation of the namesake novel by Lúcio Cardoso, Bengell is Nina, a woman who arouses the repressed sexual desires of a traditional aristocratic family living in financial and moral ruin. Locked in one of the residence’s bedrooms, lives her homosexual brother-in-law, Timóteo (actor Carlos Kroeber in one of the most outstanding performances of Brazilian cinema). Repudiated, just like the plagues of Egypt, Nina and Timóteo find salvation in each other. The film gave Norma the APCA Trophy for Best Actress in 1971. In that same year, the actress, who used to help political militants, was arrested and questioned by the military regime. Accused of “subversion of theatrical class,” she was exiled to France, where she made avant-garde films like Pierre Kast’s Les Soleils de I’lle de Pâques (1972).

In 1978, she starred in Ana Carolina’s Mar de Rosas [Sea of Roses], a “screwball comedy” with a feminist twist in which she portrays a decadent mother and a wife tired of the patriarchy. In 1980, she acted in A Idade da Terra [The Age of Earth], a Glauber Rocha’s cinematographic delirium.

By that time, she was engaged in her most ambitious project: working behind the cameras. The idea was to highlight the history of Pagu, poet, writer, muse of Modernism and the first woman to be arrested for political reasons in Brazil. The production process, however, ran into problems, and Norma claimed that the lack of funds was due to the misogyny of Embrafilme’s bureaucrats. Eternamente Pagu [Eternally Pagu], starring Carla Camurati, Ester Góes and Antônio Fagundes, Norma’s first film as director, was released in 1987.

The journey of her second film, O Guarani (1996), an adaptation of a novel of the same name by José de Alencar, represents her decline and ruin. According to a denunciation published on Veja magazine, Norma Bengell was said to have acquired a millionaire’s property with money raised by the Ministry of Culture for the completion of her film. She was falsely accused of money laundering, currency evasion and misappropriation.

In an interview with Globo TV in the 1980s, the actress commented about the difficulties of being an artist in Brazil:

“Every day I fight to not die. When I say die, I mean a cultural assassination.”

Her tragedy reveals the perversity and the culture of contempt that exists in contemporary societies, as well as the cruelty of the entertainment industry, in which a woman is valued only during her years of youth, as long as she serves the sexist fantasies of vitality and eroticism.

Norma Bengell lived to the age of 78, and died from lung cancer in October 2013. At the time, she was unemployed, indebted, paralysed after suffering two debilitating falls at her residence, and fighting her greatest fear: oblivion. She did not leave behind a marriage or children. Her posthumous autobiography, Norma Bengell, reveals, with no filters, the intense personality that made her one of the most fascinating figures of Brazilian cinema.

“I don’t want to die silent,” she wrote.

It is time for us to listen to her.