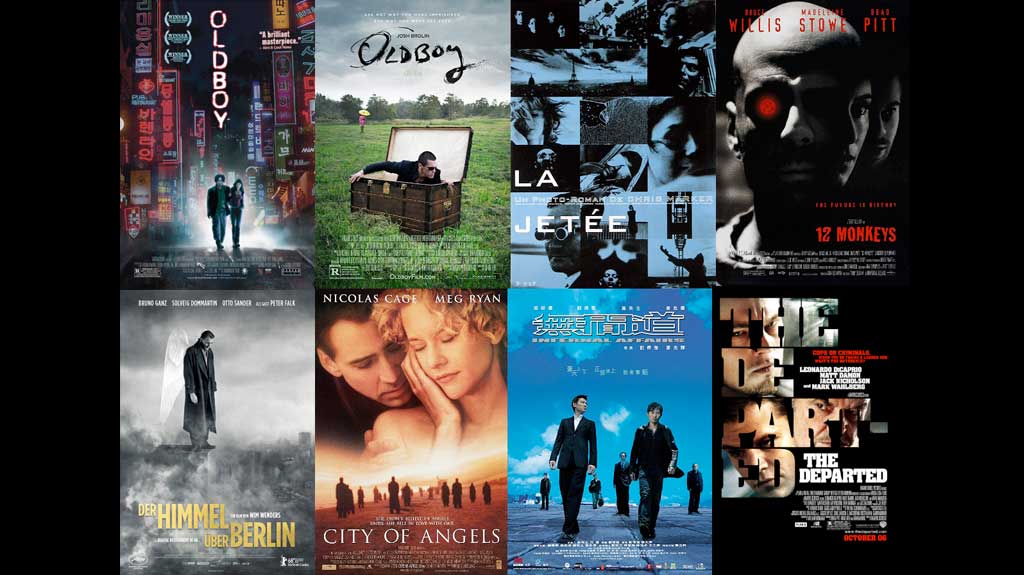 Think of a film from the distant, or the not-so-distant past that you would like to watch as a remake, with different actors or upgraded visual effects, and then go on IMDb. Someone would have probably beat you to the punch, not only having thought of it, but also announcing it, or having it in pre-production already. Who knows? Maybe you have even watched it and never knew it was a remake in the first place. Think of a graphic novel, book or series you would like to see getting adapted. Same! Welcome to the golden era of sequels, prequels, spinoffs, knockoffs, remakes, reboots, and adaptations.

I would like to narrow down this era to a few international films, not particularly well known ones, that have spawned renowned Hollywood successes (whether critical or commercial). Maybe I can get you to watch either or both of them, and then get you to ask if the Hollywood remake added to the existing film, if it was indeed necessary. Then, should you wish to, feel free to visit this Wikipedia page (link provided at the end as well) for more remakes from all over the world, examine the narratives, the principles, and intentions behind the different production eras, as well as the cultural norms, and the impact of language differences. If you are interested in learning more about adaptations (and genre, and how to “read” a film), I have referenced some favourite books that opened my eyes years ago. For more specific or generic bibliography, please feel free to contact me.

Based on the Japanese manga by Nobuaki Minegishi and Garon Tsuchiya, writer/director Chan-wook Park delivers one of the best and more daring adaptations we have ever seen. It is the second—and arguably the harshest—of the Revenge Trilogy. Graphic violence starts off with something as little as eating live octopodes to a protracted one-take corridor fight with ear stabbings and cutting off tongues. Park’s eye and Min-sik Choi’s radical performance make Oldeuboi‘s distorted narrative work like a Swiss watch. It is ranked 29 in the BBC Culture poll conducted in 2018 (best foreign films).

The not so daring remake by the amazing Spike Lee and the well-established Josh Brolin does not match up to the original, neither does it offer something more. It lacks the atmosphere of the original because the studio’s naysayers cut approximately 36’ of the film, offering ultimately a dissatisfying final cut. So, no live octopus eating, something that in this day and age can be easily staged, no visually satisfying one-take corridor fight scene, or anything else for that matter. The manga’s and film’s theme addresses revenge, how it destroys not only the person seeking it but also the people around them. The way I see it, the idea of watering down the original script, and holding back punches when adapting it, automatically degrades its quality. Howard Hawks said it best: “You can’t fix a bad script after you start shooting. The problems on the page only get bigger as they move to the big screen.”

“Laugh and the world laughs with you. Weep and you weep alone.”
– Oldeuboi

La Jetée is a beautiful sequence of black and white photographs accompanied by mesmerising music and a powerful narration. Chris Marker’s creation is the perfect example of a short, experimental film. The viewer dives into an illusionistic documentary-like narrative, in which WWIII’s outcome creates a dystopian, post-apocalyptic, futuristic Middle Ages. It ranked 86 in the BBC Culture poll (2018), and gave a solid foundation for Terry Gilliam to bring to life Twelve Monkeys.

Gilliam, always expressing a unique vision through his lens, builds on Marker’s masterpiece and writes an ambiguous plot that generated many theories—did the protagonist suffer from insanity or is a deadly virus actually released in the future, wiping out most of the Earth’s population? This is a fascinating, and unsettling remake with A-list actors who understand what Twelve Monkeys is all about, with plenty of Gilliam’s trademarks, and an elusive theme that requires a lot of dot connecting.

An against-all-odds scenario where a supreme being desires to become human, having experienced first hand the atrocities of its nature. Ranked 34 in the BBC Culture poll conducted in 2018, Der Himmel über Berlin captures a poetic hero’s journey unfolding in Cold War era Berlin. Close to the fall of the wall of shame, Wim Wenders leaves the Hollywood narrative behind him, looks from above, and through angels’ eyes reveals a divided world. Think of angels as observers, as if you left your body and observed your utterances and actions; how much more you would have noticed about you. Wenders’ angels live among millions of people of a troubled city, trying to understand why people want to learn how to make war and not find love, starting with loving themselves. Extraordinary music, photography, and performances by Bruno Ganz and Peter Falk.

Cut to just over ten years later and thousands of miles away, City of Angels is a romantic remake with two A-list actors–Nicholas Cage and Meg Ryan. Is it enjoyable? Is it a film worth watching? Yes and yes. Watching it as an original would have made it the perfect Hollywood fantasy/romance film. Finding love and happiness is something each and every one of us seek in this life, and Cage and Ryan become the perfect duo. Though as an adaptation, the circumstances and source of pain are entirely different from the original. I find it hard to even locate a comparison here. Maybe you can.

Seth: To touch you… and to feel you. To be able to hold your hand right now. Do you know what that means to me?

Well, Mou gaan dou didn’t make it to the BBC Culture poll, neither was it nominated for the Best Foreign Language Film at the 76th Academy Awards. But I can tell you with certainty that that means nothing. This is one of the best gangster/crime/drama/mystery films you will ever watch (if you haven’t already), and it comes from Hong Kong. Three solid acts of the Endless Purgatory Road. One hour and forty minutes of delving into the characters’ inner turmoil, the ambiguity of morals, the clash between ancient philosophies and the downright cruelty of human nature in modern everyday life. Superb performances by the main and supporting characters and first-class directing by Andrew Lau and Alan Mak.

The torch for the remake was passed to none other than Martin Scorsese, who finally won one of many well-deserved Oscars. To top it off, The Departed boasts of numerous A-list actors and actresses (as per IMDB, their salaries comprised of half of the film’s $90M budget), who couldn’t have done a better job. Even the over-use of the word fuck and its multiple permutations (238 times) sound like literature. Consultations with former Irish-American mob members, police officers, and psychiatrists added to the film’s authenticity.

How many more remakes do we need? Is it the American audience’s demand to Americanise foreign successes or Hollywood’s mania to prove they can do it better? Evidently, sometimes it works, sometimes it doesn’t. The who, why, what, when, and how might possibly determine whether or not a film needs to be left alone. I can’t help but wonder though, with all the billions of dollars spent annually, why wouldn’t Hollywood invest in original stories as much anymore? Netflix does this, and we have campaigns that say these films are not worthy of being considered for the Academy Awards. Is this necessary? What do you think?