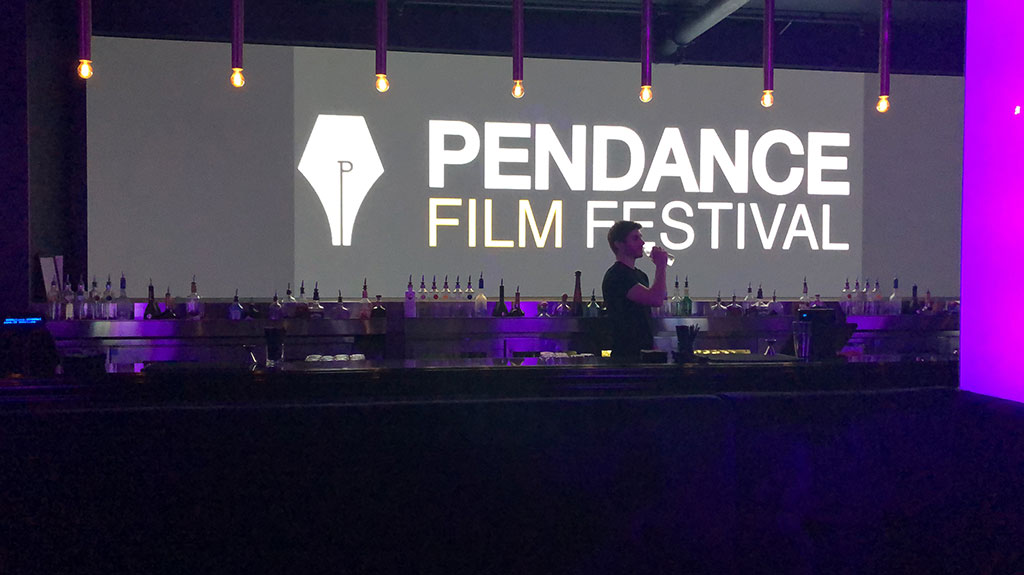 A few weeks ago, I attended the third edition of the Pendance Film Festival in Toronto. No, not the other film festival with the stars and the red carpet, but its smaller counterpart, the one held together by the passion of its founding members, the jury, the volunteers.

Robert Misovic, founder and director of Pendance, said it best: “We do not determine the end at the beginning. For instance, if all of our selected films are Korean, Pendance becomes a Korean film festival. This year, there was a theme emerging—women. Women were at the forefront, even with running the film festival.”

Like a well written short story, a well made short film can be satisfying in a way that is not always possible with novels or feature films. In less than twenty minutes, we get to experience a range of emotions, and if we’re lucky, we might get our closure too.

And that was the theme of the first feature, Through Her Eyes. A set of six short films, thematically united by placing women at the forefront of the stories. In Somewhere, two little girls run away from a predator, a religious and much older man. They manage to escape, and their guardians, a soft-hearted grumpy old man with two menacing dogs, issue threats on their behalf. In Lavande, a French film, Sara is sent away for the summer, banished to work on a farm. She expresses an interest in Victor, who is sullen and silent. It is revealed that often, those who are entrusted with protecting us hurt us in unspeakable ways.

In What Do You Know About the Water and the Moon, a film set in a small city in China, a girl attempts to get an abortion, except, in a bizarre twist that is treated most matter-of-factly, she aborts a jellyfish and not a human baby. The nurse on duty tells her, “Abortion is not a problem. It’s your choice.”

These are all films written and directed by women, focussed on telling a story, keeping with Pendance’s vision of “story over everything.”

The second set of short films, titled Before Midnight, were loosely held together by an overarching theme of horror. This sometimes meant a literal interpretation of the genre, as with the gothic story New Woman, and at other times, it meant showcasing a real story that is horrifying in its tragedy, as with Oslo.

Ziad, a daily wage labourer, must cross the border from Palestine to Israel everyday to earn a living. He leaves his wife and daughters behind, in the desert they’ve been banished to, and makes his way through humiliating security checkpoints. One day, he is sent back without explanation. Unable to question the guards who wield enormous power over his life, he makes the long trek back home, followed by a very persistent dog that understands only Hebrew, one that Ziad suspects to be trained by the armed forces. Oslo is terrifying, not because it has jump scares and eerie sounds, but because it portrays the frustration and hopelessness of an ordinary man caught in a situation he cannot fix.

The Croatian film Aleksi, one of the feature films at Pendance, follows Aleksi the photographer, as she bumbles through life. Perpetually dissatisfied, with a mother who is annoyed by her and a father who indulges her, Aleksi jumps from man to man, hoping she can find in them what is missing in herself. The audience was enthusiastic in its appreciation for Aleksi, a fully fleshed out woman who isn’t concerned at all with disregarding cultural norms. Director Barbara Vekarić, who grew up in Croatia (and is currently based in San Francisco), said she wanted to show a woman who was a rebel, who behaved in ways that weren’t considered womanly, who didn’t shy away from expressing her disillusionment with the path that was laid out for her.

“There is a lot of waiting in this country, a lot of confusions, especially for millennial women. People are waiting for a job, waiting for things to happen. I just wanted to show this kind of waiting, this restlessness.”

The Last Tree, directed by Shola Amoo, is another feature film that explores identity, not in the glib style of Aleksi, which is charming and cheerful even as its protagonist humiliates herself, but in a gentle manner that has known pain. Femi, a British boy of Nigerian heritage, spends his early life with a white foster parent in the idyllic countryside. One day, his mother shows up, and says she wants to take him back. Femi is transported to the high-rise, low income flats of London, where his classmates are all black like him, hardened by circumstances. Femi and his mother struggle to build a nurturing relationship, he is consumed by not knowing anything about his father, and he almost becomes part of a local gang. Femi must decide who he wants to be. While we don’t get to know the people surrounding Femi, the movie almost makes up for it with its tender portrayal of a teenager trying to find his way.

“It’s hard not to be sentimental about cinema for me.”

I wish I could share this sentiment. I used to, but I have found myself becoming increasingly indifferent to cinema. I find I am content to watch older and familiar films, the repeat viewings make them easily digestible in spite of their questionable values. This apathy towards cinema has arrived hand in hand with a similar disinterest in books, particularly fiction. As someone who has always been interested in both literature and film, perhaps it is time to rethink the way I imagine myself. So it wasn’t really surprising to me when the movie I was most taken by at Pendance turned out to be Pahokee, a documentary about a small, rural, mostly black town named Pahokee in Florida.

Pahokee follows a group of charismatic high school students doing their best to graduate. We see the outsize influence the school’s football team has on the spirits of the town’s residents; the athletes treated like divinity. One of the girls, Jocabed, daughter of Mexican immigrants-field hands-taco shop owners, works hard so she can feel her family’s sacrifices are justified. As valedictorian, she gives a moving speech during the graduation ceremony, about education and opportunity being her routes out of poverty. Another girl, Na’Kerria, works at her parents’ diner everyday after school. “I’m just waiting for May 18,” she says, “so I can graduate. I want to leave and start a new life.”

Pahokee isn’t narrated or dramatized unnecessarily, in fact, it suffers a bit from having no direction. For instance, a shootout at the school is ignored too easily. The consequences of such a trauma are not shown. How does it affect the students, who are already weighed down by life? What do the parents think about the lack of safety for their children? While the film does leave one wanting, it is surely important, as it shows, without spoon-feeding, just how difficult getting ahead in life is, when the odds are stacked against you, when you have systemic disadvantages to fight, when you come from ‘the middle of nowhere’, as they say.

Pendance doesn’t feel overwhelming, even if it may be packed tight with movies and workshops and events. I find myself thinking of it as a film festival run by friends who share interests, much like this magazine. They might be ambitious, but they believe in their vision, they are committed to shining the spotlight on unique voices and different stories.

Thanks to Robert Misovic, Barry Germansky, and Masha for making it possible to attend the Pendance Film Festival.