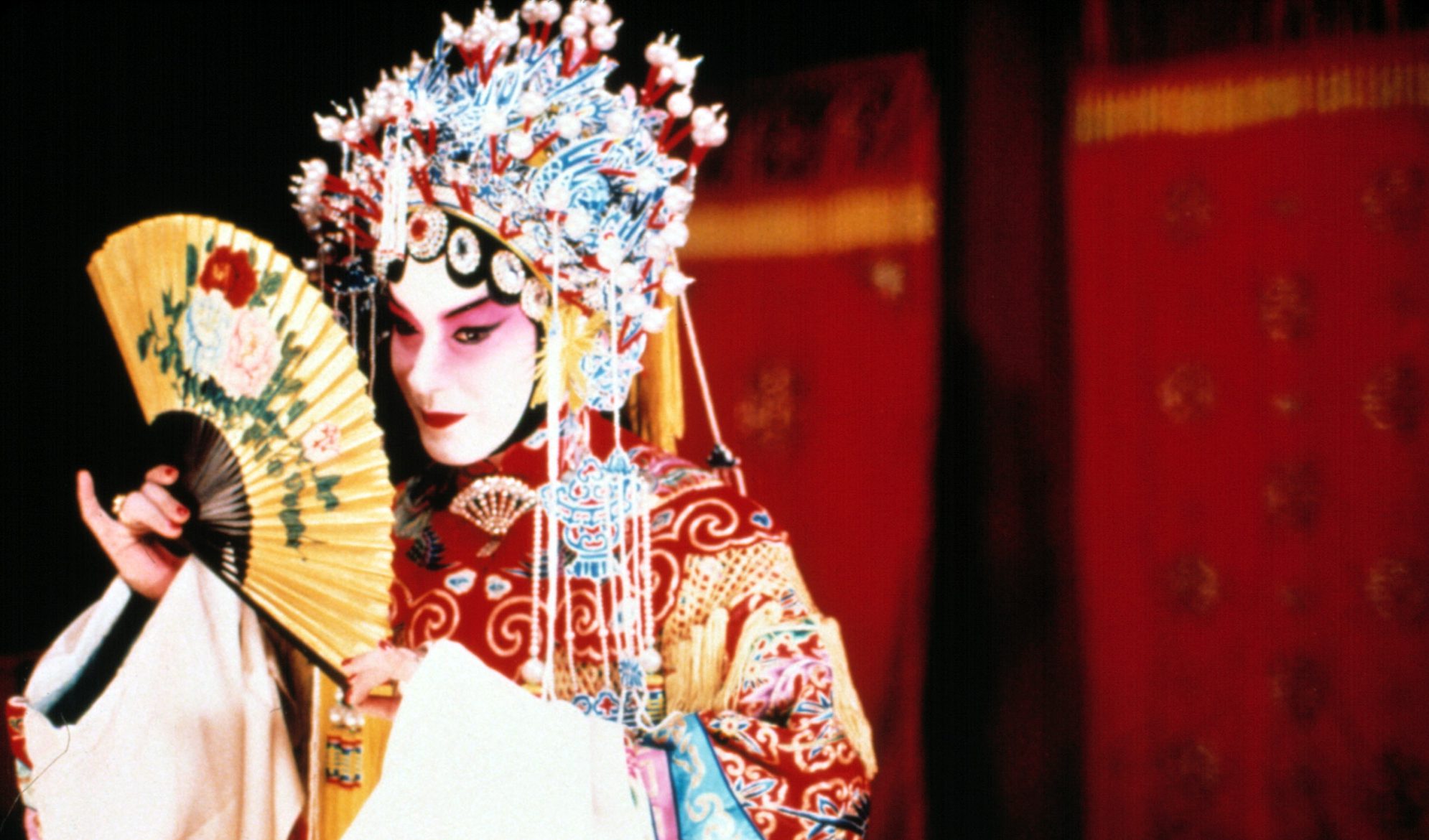 This poem has been translated from Chinese by Chow Teck Seng. Read the original here.

Poet’s note: This poem is based on the famous movie, Farewell My Concubine (1993). Instead of a formal reflection or critique, I have made it a parody of the voyeur and the exhibitionist. The title 霸王别姬 refers to King Chu saying his farewells to the concubine. But I have left out a word, and 霸王别 means “King Chu, please stop,” thereby switching the angle of narration from the King to the Concubine (who is being pleasured).

soaked with more than sweat in this oven-like office

glued to every inch of my body

the couple embraced in intimacy on the bus

the old mama engrossed in villain-hitting1 on

the seats rocking back in the vehicle

-even the aircon is malfunctioning

Knocking off from work only after midnight

paying off their debts of sins

of desire, with interchanging realities and

the surveillance camera held in their palms

not a day he invites

passing by the building

That’s the journey of every voyeur

spying from his office space

watching your every movement

trapped in wet and stuffy clothing

Gu Xing Xi (Andy Ang) graduated with honours in Chinese studies from Nanyang Technological University, and is currently an educator. He founded TrendLit, a literary society and publisher, which produces WhyNot, a Chinese literary magazine. His writing under the pen name Gu Xing Zi has appeared in publications in Singapore, Malaysia, China, Hong Kong, Taiwan. His poetry collections include Destroy All Gods and After Commotion, The Void. He also edited the anthology In the Space of a Poem 2015 and Unpredictable: Fifty best poems. A recent interview can be found here.

Singapore-born Chow Teck Seng writes poetry primarily in the Chinese language. He has won awards such as the Singapore Literature Prize (2014) and Golden Point Award (Chinese Poetry, 2009), and has been featured in several international literary events. He lectures in Chinese Literature in Malaysia and Singapore at the National University of Singapore, and is also pursuing a PhD in literary criticism and comparative Sinophone literatures at the University of Cambridge. You can find more of his work here, here and here.