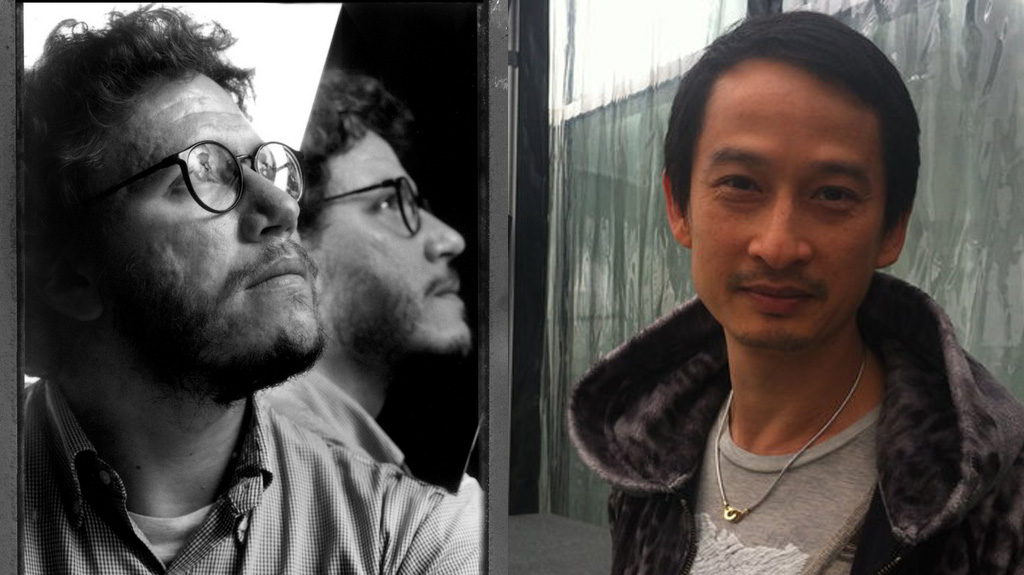 The Singapore Writers Festival that took place in November 2018 had a panel discussion titled Scents and Sensibility, featuring a novelist and a filmmaker. This discussion focussed on how artists build the sensory appeal of the setting in their stories, how they evoke a sense of place and time, how their hometowns inspire them to create.

Santiago Gamboa, a novelist from Colombia and author of The Art of Losing (1997), spoke about his hometown Bogota. He described it as sad and dark, a place where he went on lonely walks at night, wondering how to write about a city that had no literary tradition. All literary experiences he had read since childhood were of big cities from other countries (like Mario Vargas Llosa who wrote about Lima). His city Bogota, he said, was at a high altitude, it got a lot of rain and the rest of Colombia hated it. They lived at lower altitudes and had sunshine, so they were happier and wore colourful clothes.

“It was much later that I realised coming from an unimportant place is good for literature!”

Tran Anh Hùng, director of The Scent of Green Papaya (1994), which was nominated for the Best Foreign Language Film Oscar, was moved by Santiago’s point of coming from a place without a literary tradition. He felt the same as a Vietnamese filmmaker, and admitted to being jealous of Japanese cinema, which boasted of a long cinematic tradition. He spoke about his mother’s kitchen, which gave him the energy and desire to make movies. Her kitchen was dark and ugly, with a bad odour, but it taught him about beauty. As a child, he observed how the shrimp his mother bought at the market moved in the dark. The way their skin changed colour taught him about light.

Speaking of setting, Tran confessed that he could never think of a story without one. He mentioned three of his films as examples to illustrate how he tackled the setting in different ways. His debut film The Scent of Green Papaya takes place in Vietnam, but the sets were recreated in France. His second movie Cyclo was shot in Ho Chi Minh City. He needed a character who could move through the city, so that the audience would see the place through the character’s eyes. So he made the protagonist a bicycle-taxi driver.

His third film, The Vertical Ray of the Sun, was set in Hanoi, where he had to stay for eight months after the shoot, in order to get the Censor certificate. During this unexpected extension of his stay, his feelings for Hanoi changed and he ended up modifying the film too. In Hanoi, he came across a small patch of wall—about two square metres—painted in green. Sunlight and the shadow of a tree branch fell on it. This wall gave him a certain feeling, which he decided to convey through the film. He even tried to incorporate this visual in a scene. While his second film captured Ho Chi Minh City of a specific time period, he wanted his third film to be suspended in time. People often remark that the Hanoi in his third film doesn’t feel like the real Hanoi. He never wanted it to. He wanted to capture the essence of the city, his feelings of being in the city. He wanted the audience to relish the present as they watched the film.

As a filmmaker who lives away from his homeland, Tran spoke about trying to find another way to tell his stories set in Vietnam. “You’re telling the story to people who know the place better than you. So you must offer something they don’t already know.” He brought up the example of a few grains of rice sticking to a banana leaf, which might seem like trash to someone in Vietnam who has just finished a meal. “But I find it beautiful and I show it in my film. The viewers find it fascinating because they are familiar with it but they have never seen it this way. When you return home from another place, you notice small things like this. This is natural.”

While Tran spoke of being an outsider in one’s homeland, Santiago spoke of what he did to feel like an insider in a foreign place. Santiago is the author of two travel books: October in Beijing (2001) and Oceans of Sand (2014). Travel writing, he said, isn’t about explaining the city, it is about your experience in the city.

“Travel writing is not a guide to others but it is about the human experience.”

He explained an act he called “personal theatre” that he puts up in every city he travels to. He buys a cup of coffee at some cafe and sits down with a local newspaper even if he cannot understand the language. Then he proceeds to “read” the newspaper by imagining himself as a local who is reading the paper and reacting to each news item. “The place does not interest me while traveling. It is the possibility of understanding that interests me. Traveling is not about going far, it is about going closer to the literature that you want to write. To be writing in a small ten-dollar-per-night hotel—breakfast included—alone in the night is my version of happiness.”

Tran interjected, ”I know the right place for you Santiago. There are two prison cells upstairs!” (The event took place at National Gallery Singapore, which was formerly a court building, and retained old prison cells.) Santiago said he would prefer the cell on the left and Tran agreed to take the one on the right.

Santiago: I admire film directors. A writer is alone. A director is like a general, who needs to manage an army of people.

Tran: Actually the first AD does most of the work. He gets 100 people to come to a spot. The director doesn’t do much work.

Santiago: But making films is more expensive than books. When I introduce a new character in my book I don’t need to pay. 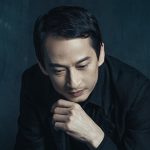 When asked if a creator has the responsibility to depict a place as it is, Tran replied that the emotion a place evokes is more important. “So there is no question of feeling responsibility. It’s from experience to expression. It’s not reality anymore. It’s deeper reality because you express it with deeper emotion. The New York I see is contaminated by Woody Allen and Paul Auster. This is the power of art. It’s more real than reality.”

He went on to narrate an incident that happened one day during the filming of Norwegian Wood. After the shoot for the day was done, he was having dinner with the cast and crew. A slightly drunk Rinko Kikuchi, the lead actress, sat next to him and said, “I’m slightly disturbed by something. How come when I cry on screen it feels more real than me crying in real life?”

Tran responded, “We are artists. For us expression is always more important than experience.”

And then she started to cry. She felt relieved that something that had disturbed her was finally cleared.

“When a piece of art is good, you can’t escape it,” Tran said, “It’s not asking for your opinion. How the audience deals with it doesn’t matter.”

Santiago explained that the theories of reception study different ways in which a piece of art can influence society and that it’s very complex.

“If you go to New York, you can’t avoid images from Woody Allen’s films. All versions of a city in books and films also exist for real in those cities. Woody Allen and others want to talk about their obsessions as artists and not try to explain the cities. I like to read novels from the places I go to. I want to know an author’s experience in a place and what image they draw in their works.”

“When you represent a nation in a game you have your country’s name on your t-shirt. But as an artist, you don’t have any country name on your t-shirt. You carry the landscapes and smells of your country with you. I learnt about beauty by looking at the mountains, the silence of mountains. When I write I’m not a Colombian, I’m Santiago. I’m just Santiago who wants to survive.” 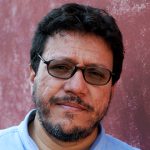 When asked if globalisation made it difficult to articulate the essence of a place, Santiago shrugged his shoulders. “Writing is always writing. A writer is someone who gets up in the morning, has coffee and goes to write. Globalisation has given us a greater choice of works to read, and you get quick access to international works. That’s about it. We should remember that artists didn’t invent capitalism.”

As to how artists can break the barrier of western saturation, Tran said, “You can’t change anything, so you keep making movies. American movies are still the best because they make a lot of them, they produce a lot so you get a few good ones. A place like Singapore is small and it’s difficult to get the right crew to do something exceptional. You have to work with what you have. You need to know the specific language of this art. The themes are the same throughout the world. If you work on the form of cinema, then you’ll make it.”

Santiago added, “We have very old cultures but our republics are very young, about 200 years old. You have novelists in all languages: French, English, Russian and so on. In art, you’re not obligated to read specific works, you can go to the library and choose what you want. The best way to resist is to educate yourselves and others on what you want to read and watch. That’s the best way to resist.”