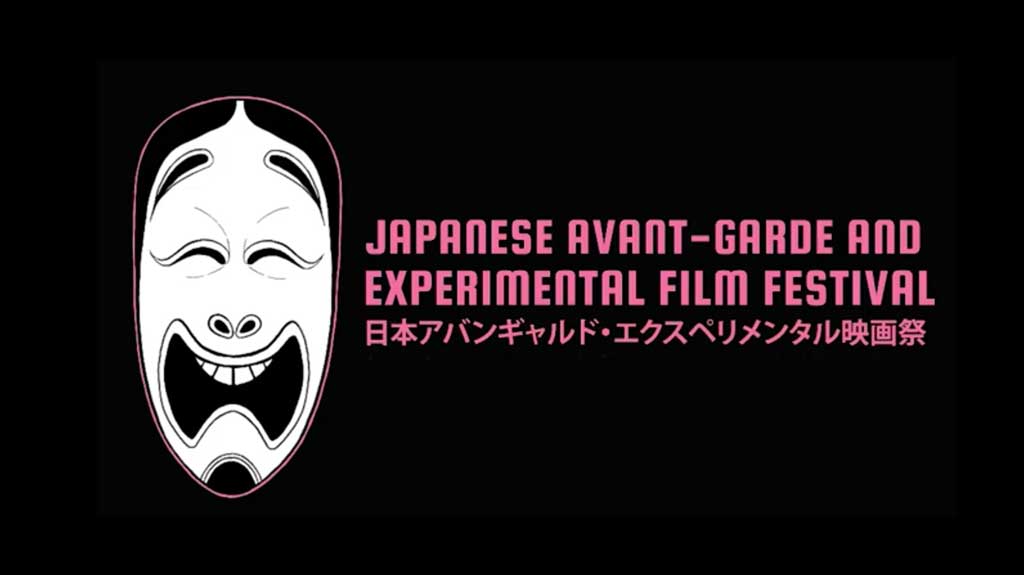 The London-based Japanese Avant-Garde Experimental Film Festival (JAEFF) grew out of individual film screenings of an early avant-garde film with the accompaniment of benshi, as would have been present at the screened film’s theatrical release, and experiments in visual ethnography from an interdisciplinary research group at Harvard University. Whilst initially providing London audiences with both novel films and viewing experiences, in the last two years, JAEFF has consisted of more extensive and sustained thematic programmes of film screenings and related events in collaboration with The Japan Foundation, held at established London venues such as the Barbican and Close-Up Cinema. The impetus for the festival’s inception, as articulated by their manifesto, lies in the relationship between avant-garde and experimental cinema and the socio-political climate from which it arises. The manifesto emphasises that access to historical and more recent work that may fall within these definitions—for all types of audiences—is a key aim of the festival. It suggests that to do so is not to indulge in works of esoteric interests, but rather act out of recognition of their political urgency.

Following the festival’s focus on establishing contemporary political relevance, the 2019 edition of JAEFF explored ‘screening the nation’ by engaging with filmmakers that push audiences to examine the ways in which notions of national identity are figured and reproduced in Japan. Palpable changes have occurred in Japan in the last few decades, as Isolde Standish noted in the JAEFF panel event: rhetoric that “would have [been] classed as extreme right-wing attitudes have come into the mainstream, into the LDP.” These attitudes are not limited to the level of rhetoric, they have also been reflected in moves towards constitutional reform, scandals regarding historical revisionism in the education system and ongoing tensions with South Korea, in which disagreements over the extent of wartime atrocities committed are often a flashpoint. The increased visibility and acceptance of nationalism in mainstream spaces has also led to some questioning whether this has stemmed from a lack of self-reflexivity in the post-war period, which is itself becoming increasingly difficult to define. Therefore, it seems only fit to examine the films made by filmmakers of the immediate post-war generation and the way in which they sought to navigate both the immediacy of their trauma and anticipate the legacy of the Second World War in Japan.

The programming practices of JAEFF actively places classics of Japanese avant-garde and experimental cinema in dialogue with more recent works. It is notable that in the latter, female filmmakers are given more of a platform. Panelist Dolores Martinez remarked that alongside this current strengthening of the right in Japan, “there is also a great deal of resistance.” As a result, it is crucial to not only inspect reckonings with Japan’s post-war legacy situated within certain historical moments, but to also survey ongoing attempts to wrestle with its contemporary manifestations. Common, interwoven threads explored in the screened films were that of the body, colonial legacy, the emperor system, the nature of memory and contending histories. Critically esteemed works of the Japanese avant-garde canon (such as Nagisa Oshima’s Death by Hanging, 1968) were screened as part of the festival, and such works have been the subject of much literature. However, it is also interesting to look at how more recent works, with comparatively less critical reception, experimented with various strategies to tackle similar central issues. Screened alongside Oshima’s film was Hikaru Fuji’s The Educational System of an Empire (2016), comprised of footage from a workshop directed by Fuji, in which South Korean students reenact fragmented scenes from a US propaganda film centred around Japan’s 1940s education system. By engaging with archival material through improvisation and reenactment, the footage of the workshop gestured towards a form of post-colonial critique in which the lived body is not reduced to further spectacle, but allows for the closer scrutiny of how bodies were situated and discursively produced within certain conceptions of nationhood in the material in question.

Other contemporary additions to this year’s festival include Ryushi Lindsay’s Kokutai (2019), offering an examination of the fascist aesthetics of Koshien, Japan’s National High School Baseball Championships. Through a selective gaze, Lindsay constructs his visual argument and, through this construction, reveals elements that had already been long part of this national sporting spectacle. Different approaches were adopted by Mizuki Toriya’s How Can You Know Where to Go If You Do Not Know Where You Have Been (2018), Monika Uchiyama’s Bright Beyond Bearing (2017) and Chiemi Shimada’s Chiyo (2019), through their use of voiceover and emphasis on personal memory, passed down through families as oral history. These films were screened together and offer their own forms of radical critique of state-sanctioned realities. Perhaps Yuka Sato’s Dialogue (2018), in which the voice of a former hikikomori [social recluse] recounts her experience, may also be placed within these attempts—as evoked by the title—to participate in dialogue with that of easy representation. This is a characteristic form of the ‘resistance’ screened at this year’s JAEFF: a resistance to a didactic form of truth as opposed to the multi-faceted realities that the filmmakers find themselves grappling with. Perhaps this is, in part, due to their choice to situate their responses with the arena of the avant-garde and experimental film itself. The introduction of Filmmakers’ Workshop this year also shows the festival’s commitment to not only the theoretical but also the practical exploration of these issues. It can only be hoped that such additions will facilitate the creation of further work in the spirit of the festival.

The question remains as to whether JAEFF, in its current form, can achieve the aims set out in its manifesto. The festival undoubtedly increases access to films for, as they put it, “practical, theoretical and popular audiences,” and will open up interesting conversations. However, the spaces in which these conversations are either not happening, or are actively not being allowed to happen, cannot be ignored—perhaps all the more so because these are the very places in which the costs of not having these conversations are the dearest. Only a few months ago, Kawasaki Shinyuri Film Festival withdrew the film Shusenjo: The Main Battle Ground of the Comfort Women Issue (2019) from its lineup; following backlash from the directors of the other films being screened, the festival later retracted this decision. This case has come at a time of increased concern over freedom of expression regarding artwork that takes a more critical look at Japan’s colonial legacy. Controversies have included that of the shutting down of the ‘comfort woman’ exhibition at the Aichi Triennial and the Japanese Embassy’s withdrawal of support for an art exhibition in Vienna, which included work commenting on the Second World War and the 2011 Fukushima incident. It may be relevant to question the directing of resources to host a festival of this nature in London, when contemporary filmmakers engaging with these very issues are being actively censored in Japan. Does JAEFF offer a form of solidarity and support to those being silenced—by raising awareness of the political urgency of asking these questions—or does a conflict of interests arise in hosting a festival in collaboration with the same state mechanisms which, elsewhere, are limiting artistic freedom in the name of diplomacy?

The answer is not clear cut. Undoubtedly, the inclusion of more recent films from emerging filmmakers and the introduction of the Filmmakers’ Workshop will allow for more critical engagement in spheres both within and outside the particular system under critique. Whilst increasing nationalistic sentiment is not unique to Japan, it remains to be seen if there will be opportunities in the future for JAEFF take steps to actively situate itself within this increasing dislocation between the widespread reach of Japan’s soft power globally and the Japanese government’s refusal to permit critical reckoning with Japan’s past and present. Though, as evidenced by this year’s JAEFF, filmmakers will not be waiting for their approval and, as such, their work must be allowed to reach audiences.

[1] Review of The Educational System of an Empire published in Asian Movie Pulse. Published on September 22, 2019. Accessed on January 6, 2020.

Hanako Lowry is a final year student of English Literature at the University of Oxford. Having previously interned at both British and Japanese media outlets (the Guardian and Mainichi Shimbun respectively), she hopes to find more outlets to bridge her interest in journalism with that of film. As a regular attendee of JAEFF, she was delighted when given the opportunity to share some of her thoughts regarding this year’s festival. Hanako is also currently making plans to attend graduate school in Tokyo, pursuing a research interest in the sexual politics of mixed-race representation in post-war mass-media in Japan.