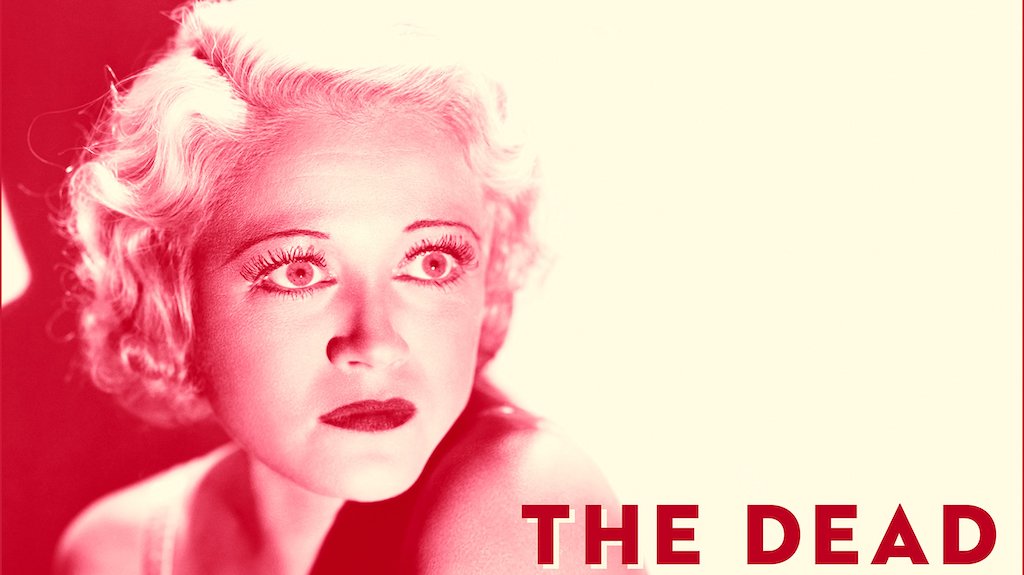 Read this article in Danish here.

“Film is war with others means,” says German movie magnate Alfred Hugenberg in the novel, The Dead, by Swiss author Christian Kracht.

The time is the early 1930s, not long before Europe will become shrouded in political darkness. While the great powers of Europe and Eastern Asia are about to go down the road that will inevitably lead to World War II, another war approaches its closure: The war in the movie industry between silent movies of the past and talkies of the future.

This is the scene set by Christian Kracht in his novel, Die Toten (2016)—translated into English by Daniel Bowles as The Dead (2018), and into Danish, the edition I have read, by Madame Nielsen as De døde (2018).

The novel is an ironic tour de force set in the Germany and Japan of the 1930s, told in sublime language and a very cinematic style. It is about the power games in the world of making movies, about superpower politics, nationalism, death wishes and father complexes.

The story is centered on two men each from a different part of the world: One is the (fictitious) Swiss film director Emil Nägeli, who is, in his perception, a misjudged film genius looking for the great breakthrough. Nägeli is something of a pathetic mishap, burdened with a large father complex and “limited capacity”—as his fiancée, the Aryan blonde Ida, openly displeased, judges his sexual abilities.

In the novel, Nägeli gets entangled in an unholy alliance between Japan and the not yet completely nazified Germany with the purpose of launching a counteroffensive against the American cultural imperialism from the film studios of Hollywood.

On the Japanese side, we follow the government official Masahiko Amakasu (1891-1945), Kracht’s fictitious version of the real historical person—whom cineasts might remember for his role in Bertolucci’s epic movie, The Last Emperor. In Kracht’s novel, Amakasu is the initiator of an attempt to establish a new “celluloid axis” between Tokyo and Berlin, a film cooperation across borders designated to expel Hollywood from the Asian as well as the European film market. 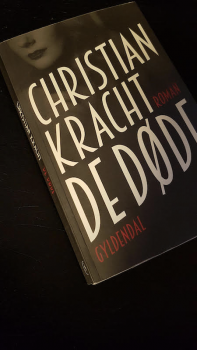 In the beginning of Kracht’s novel, we find Amakasu drafting a grotesque invitation addressed to the great German movie magnate of the times, Alfred Hugenberg. In his letter, Amakasu encloses a movie recording of a Japanese officer committing harakiri, complete with blood staining the camera lens. “A small, humble movie for a deeper understanding of Japan,” Amakasu writes, and requests Germany to send a film director to Japan for a co-production. This director turns out to be Nägeli, of course.

In Germany’s actual history, Alfred Hugenberg close to Adolf Hitler, became a minister in Hitler’s first government in 1933 (although not the Minister for Foreign Affairs, as he is imagined by Kracht). And a military “snuff movie” like the one he receives from Amakasu is right up Hugenberg’s alley. He embraces the idea of a German-Japanese celluloid axis, although with his own hidden agenda: that a cinematographic cooperation with the Japanese could pave the road, not only for defeating Hollywood, but for a German cultural colonization of all of Asia, including Japan.

“Film is war by other means,” says Hugenberg in the novel, paraphrasing the famous dictum by the German military theorist, Carl von Clausewitz, about war being the continuation of politics by other means.

“…you must spin the world into German films, colonize it with celluloid. Films are nothing but cellulose nitrate, shooting powder for the eyes.”

On the whole, Kracht’s novel is richly populated with real historical characters, especially persons known from the world of film productions at the time. For instance, the fictitious character Nägeli is soaking in the nightlife of Berlin, alongside the (historically famous) German actor Heinz Rühmann and the businessman ‘Putzi’ Hanfstaengl (the latter, like Hugenberg, was also a close friend of Hitler, and played an active role in introducing Hitler to the finer circles of Berlin in the early 1930s, before defecting to the United States shortly before the outbreak of WWII).

Among other historical persons who play a role in the novel are the later day influential film critics, Lotte Eisner and Siegfried Kracauer.

Silent movie icon Charlie Chaplin plays a larger role in the novel as well. Chaplin embodies the turning point from silent to tonal movies, which the film industry was experiencing in the early 1930s, and which Chaplin himself never really adapted to. As such, Kracht could have chosen to cast Chaplin as a tragic figure on behalf of the silent movie tradition. But as it is, Kracht portrays him primarily as snobbish, arrogant, pretentious and self-righteous. In 1932, Chaplin was—in real history as well as in the novel—on a promotion tour in Japan, where he was targeted for assassination as a part of a failed military coup d’état on May 15th (Chaplin survived due to a change in his evening plans).

From Kracht’s use of historical figures in the novel, we realise that he approaches them without any respect for real, documented history, using them only for the demands of his own fiction. As such, you cannot by any means trust Kracht’s depictions as factual. Some might call Kracht’s style postmodern. Partly because of his playful dealings with real historical events and persons, from whose biographies he picks and chooses the elements he fancies, mixing them up with each other and blending them with elements from his own imagination. And partly because of the composition of the novel, which is told in short chapters, jumping quickly between characters and locations, and between a large number of only loosely (or not at all) related plot bits.

But Kracht’s writing incorporates a seriousness, a feeling of discomfort, and lurking (and sometimes manifest) threats, and on the whole a salience, which in my view is far from the more superficial, uncommitting irony known from so-called postmodern writers such as Thomas Pynchon or David Foster Wallace. In the postmodern literary genre (in so far it is possible to speak of a such), Kracht in The Dead can be likened to Walter Abish in his How German Is It – Wie Deutsch Ist Est (1979), not only due to a certain similarity in the central themes (German national socialism and its legacy), but also due to the use of a certain cinematic form of telling the story—as if watching a movie told in short cut up scenes, constantly fading in and out.

The Dead is not a novel for everyone. If you are looking for a coherent story written with classic dramatic composition, you will become disappointed and most probably irritated.

Even for me, the novel is a bit too incoherent. As it is, I liked Kracht’s earlier novel, Imperium [Empire] better. Nevertheless, it is an undivided pleasure to read Kracht’s long, complex, but razor sharp sentences, marvelously translated into Danish by Danish writer and performance artist Madame Nielsen.

All in all, a highly recommended read.

[2] The article is a slightly reworked edition of book review originally published on www.bognoter.dk, Sep 2, 2018. Quotations are my own translations from the Danish version of the novel.

Kasper Håkansson (born 1970) is a Danish book blogger. He has been reviewing books on his blog K’s bognoter since 2013. Kasper is currently engaged in a challenge: reading a book from every country in the world. Follow his reviews on his website, or on Twitter in Danish, or on Instagram in English.