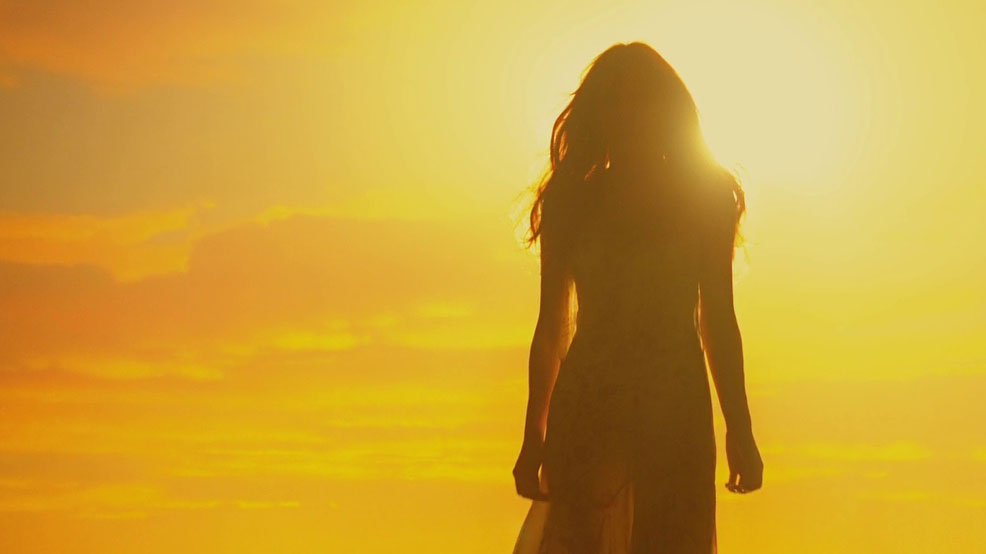 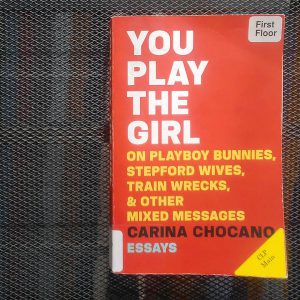 In her collection of essays titled You Play the Girl: On Playboy Bunnies, Stepford Wives, Train Wrecks & Other Mixed Messages, writer Carina Chocano examines what it means to be a woman and a consumer of popular culture today; since we are fed a steady stream of creations that insist on telling a woman who she is supposed to be, which is often far removed from reality. The author speaks about a specific movie in her introduction: Ruby Sparks, written by, and starring Zoe Kazan. I made up my mind to watch this movie, and even made up my mind to like it, based on what I’d read. What surprised me was how much I liked it, how clever it was, and how much it got under my skin.

Calvin Weir-Fields is your average yuppie hipster, who has achieved unexpected success as a teenager, with his first novel. He has not written much since. He is shown to us to be the kind of douche who finds great comfort in self-pity, and he is the type of pretentious writer who uses a typewriter in the twenty-first century. He complains about his ex-girlfriend, who left him soon after his father died (heartless, slut), he complains about his dog Scotty who can’t seem to pee like a boy. During a session, his therapist suggests he write about someone who likes Scotty just the way he is, gender and urinating technique notwithstanding. Calvin dreams of meeting a beautiful girl in a park. She is adorable in a faintly pouty but not overtly sexual way; she is bright, charming, and says cute things, including how she likes Scotty just the way he is. Calvin writes about this dream. Miraculously, his writer’s block dissolves, and he writes this girl into existence.

She is Ruby Sparks, an artist with no formal training from Dayton, Ohio. She presumably has no family, she dropped out of high school after sleeping with a teacher, she isn’t very good at life – she forgets to pay bills or cash checks, she wears colourful clothes, and she loves Calvin. There are no good explanations for why she loves Calvin, and we shouldn’t ask for one, because this is how many women in cinema are presented to us: as enthusiastic apparitions who exist to aid the man in his journey of self-realization, and eventual success. Ruby is Calvin’s idea of a woman, like your average male director’s idea of a woman. She is a vessel to capture the man’s idiosyncrasies. She is never an individual in her own right, and Zoe Kazan tells us that without telling us that.

Ruby materializes in Calvin’s kitchen one day. She is an incredible cook (of course). She is devoted to Calvin and they are now in a relationship. They do many wonderful things Calvin wouldn’t have done if it weren’t for free-spirit-Ruby. He goes to a zombie movie festival and takes shots every time someone gets bitten, he tries out new restaurants and clubs, he isn’t as socially awkward as he used to be. He soon realizes that he can change Ruby any way he wants, when after writing she speaks fluent French, she speaks only French. He can make her love blow jobs. But he resolves to never change her, she is perfect enough already.

Ruby is soon bored. Calvin didn’t mean to write for her a full life, he fleshes out just those parts he likes or is interested in. She has no friends and doesn’t know what to do with herself when she’s not with Calvin. She joins an art class and makes some friends, but Calvin finds out he doesn’t like her being out all night, having fun by herself. So he writes, “Ruby was miserable without Calvin.” She is reduced to a wimpy, needy girl, who doesn’t let go of Calvin at all, physically and emotionally. This exhausts him, and he writes that Ruby was filled with a most effervescent joy at all times. She becomes manic, she jumps on the bed and behaves in a most childlike manner. This exhausts him again, and he writes that Ruby was just Ruby. She is a bit morose now, and tells him her emotions have been all over the place lately, she can’t find her bearings. He can write her into being, but he can’t control the way those emotions make her feel. He would definitely like to.

One night, Calvin takes Ruby to a party, where she meets a friend of his. An older man who is attracted to her. He wants to know what she does, and she tells him Nothing. She isn’t the least bit self-conscious, she simply does nothing, as she has been written to do. This man descends into the swimming pool and invites Ruby in. Calvin walks into the moment just as Ruby is stripping to her underwear. They rush home, Calvin’s anger at Ruby fuelling his road rage. He takes her home and yells at her. He tells her she’s not supposed to fuck other men, or let other men think about fucking her. His anger escalates, even after he indulges in a spot of victim blaming. When Ruby tells him that he cannot decide what she does, his fury turns cold. He tells her she is his creation. He sits at his typewriter, his weapon of choice, even as she gets ready to leave.

He writes that she cannot leave, and she finds herself running into an invisible wall every time she attempts to leave.

He writes that she speaks in French, and she expresses her dissatisfaction in the most fluent French, growing increasingly alarmed.

He writes that she behaves like a dog, and she goes down on all fours, barking.

He writes that she cries out over and over again how much she loves him, that she’ll never leave him, that he’s a genius, and she does all of that.

He stops writing and she collapses to the floor.

With time, Calvin cools down, and releases Ruby. He allows her to be free of him, and free from their shared past. She leaves him, as he feared she would. Once again, he drowns in self-pity. This time though, he writes a book about this most special relationship of his life. His book is a success, predictably. He doesn’t seem to have changed in any way, he’s a little morose after having lost the one person who could be moulded to his liking, the one person who was forced to condone his abusive behaviour.

One day, after all of this has been relegated to long term memory, Calvin runs into a woman in the park. She is Ruby. She is reading his book, and she vaguely remembers him from somewhere. She asks him if they’ve met before, and he says no. He points to his photograph in the jacket of the book she is reading, and tells her that’s probably why he looked familiar. They have a connection, and he joins her on the blanket she’s laid out. This is the note on which the movie ends.

I was disappointed with the climax – it provided Calvin with a second chance with the same woman, whom he treated terribly the first time around, especially when she has no recollection of the past. He is still predatory, still self-serving, and he believes he deserves this second chance, in spite of what he did to her. That she should come to him free of baggage only makes him more confident of his own worthiness. Maybe this ending is a commentary on the man’s entitlement, and how he expects the world to continuously offer him pleasurable experiences. Calvin isn’t a monster in the everyday sense of the word, except he is.

I would like to demand a different ending, one that sticks up for Ruby, one that doesn’t allow her to become a pawn again, one that gives her the agency to walk away from Calvin. I couldn’t stop thinking of how the ending somehow took away from the film, that in setting out to lampoon a certain trope, it may have ended up becoming exactly that. The story is presented to us from Calvin’s point of view, sometimes too much so, but even as I say this, I wonder if that itself is an illustration of the point.

Calvin’s brother Harry read my mind when he made this comment after reading an initial draft of the character Ruby Sparks: “Quirky, messy women whose problems only make them endearing aren’t real.” He adds, “You haven’t written a person. You’ve written a girl.”

Ruby Sparks isn’t the romcom you watch to make yourself feel good, though I would say the feel-good-quality of any romcom is certainly debatable. Ruby Sparks is a movie that wants to question the role of a woman in a relationship – does she simply exist to nurture the man, to help him achieve his dreams, to be a muse for his creations, to motivate him when he doubts himself? It takes apart the construct of the Manic Pixie Dream Girl we have become accustomed to, and it does so with flair, for the most part. If only it had gone all the way.

Ohnullharu’s thoughts, feelings, and art have a home on Instagram.