Andy Tuohy is a designer and illustrator who specialises in contemporary design, with roots firmly in the British commercial art tradition. We interviewed him after coming across his book A-Z Great Film Directors, which aims to be an introduction to filmmakers from around the world. View his website here.

You mentioned in an interview that you lived in Singapore and later shifted to London, when your father left the navy. In what ways has living in different countries informed your art?

I’m afraid I can’t cite Singapore as an influence as we were only there for a year when I was very small. My dad was then stationed in Gosport, and later Faslane in Scotland, when I was six. So, the country that would have left most of an impression on me is Scotland, especially the neo-gothic architecture and ruggedly beautiful, bleak landscape. Whether or not this has come out in my work, I’m not sure—possibly in my interest in architecture. If I had become a film director, my work would have been fairly gothic I should think.

What would you say are major influences on your art? It could be another artist or artistic movement.

My strongest graphic influences really started when I went to college in Liverpool in the 1980s. Constructivism was very much in vogue in graphics at the time. Also, I was particularly drawn to The Bauhaus and the De Stijl movements. What I loved about Constructivism was its relationship to the posters of the Russian revolution. I took a really strong interest in typography, and in constructivist posters, the typography wasn’t just seen as functional but also as an integral part of the design. You only have to look at the work of Rodchenko to see what I mean.

Do you strive for minimalism in your art?

Not particularly. I do have a natural inclination towards simplicity, which is probably the influence of my design background, where the most effective means of communication is to do less and not to over complicate. If you look at the A-Z Great Film Directors book, and any of the other books in the series, you’ll see that I kept the designs extremely simple and let the images do the talking. Each image in the Directors book had a simple premise: each director would be represented in a form that was inspired by their particular oeuvre or films.

Any items on your bucket list relating to cinema—maybe a film festival you’d like to go to, filmmakers you’d like to meet, another book on cinema…?

Well, I’d love to go to the Sundance Film Festival, that is definitely on my list. And I would really like to meet Werner Herzog, oh the stories he could tell! I’m always thinking about doing more books, I would like to do one on Horror and Sci-Fi.

What is an essential quality for an artist to have?

A bit of self-doubt from time to time can help motivate you. It’s a cliché to say that artists should be true to themselves and work within a style that they can take ownership of, but it is true. Another essential quality is being able to recognise the opinions of those around you that you value and trust; someone who can be honest and push you when the going is hard. It doesn’t mean you have to agree with them, but invariably an artist can think what he/she has produced is amazing because he/she has created it, and to have someone who can be a bit more honest and give a different perspective is gold. I am very lucky to have that person in my wife, Libby, and my work really took off when I met her.

You mentioned in a 2013 interview that stained-glass windows are the next medium you’re keen to try out. How has that turned out?

It hasn’t happened yet, but I’m open to offers! I would love a stained-glass commission and I think my style would be particularly suited to it. Flat colours, heavy black lines of the leading, …

With regard to art inspired from cinema, what are some avenues you think could be explored more?

I would like to create more portraits of female film directors and explore their work further. Also, international directors that we are not so familiar with in the UK. I also like the idea of exploring a Director’s storyboards, obsessions and concepts before they are watered down by the filmmaking process. My six-year-old son has a fantastic book on the making of Ghostbusters, which is fascinating as it has original storyboards and character development illustrations. To see the progression from pen and pencil to celluloid is really interesting, to see where the similarities and differences are from start to finish.

What would you like to tell young artists? Or a younger version of yourself?

Talent isn’t the be all and end all. It’s obviously very important, but hard work is equally so. Go for it. Make mistakes, it doesn’t matter. And, we all develop at different speeds.

Which was the first film in a foreign language (a language you do not understand) that made an impression on you? Can you recollect when and how you watched it?

The first foreign film I would have seen, although at the time I didn’t know it was foreign because it was dubbed in English and serialised, was The Singing, Ringing Tree. I watched it at home in the 70s. I have a real affection for this film. It has a sinister East European sensibility, especially with the evil dwarf and giant goldfish. A lot of people say it gave them nightmares as kids. Check it out if you can. I saw it on a black and white TV as a kid, and then later in glorious technicolor much later, at an independent art cinema called The Horse Hospital in London. However, I’d say the first foreign film that I knowingly watched in another language was The Tin Drum on TV. (In German: Die Blechtrommel). It was directed and co-written by Volker Schlöndorff, and based on the book of the same name by Gunter Grass, a writer I illustrated for the Great Modern Writers A-Z. Interestingly he was a very talented illustrator, his illustrations grace his book covers. The film won the Palme d’Or at the 1979 Cannes Film Festival and the Academy Award for Best Foreign Language Film in 1980 at the 52nd Academy Awards. It is a very strange film with a dark, gothic, magical realist sensibility. I haven’t seen it in years, but its imagery definitely left an imprint in my mind that recurs from time to time.

You mentioned in an interview that you’re drawn to films with a “reflective European sensibility.” How would you describe this sensibility?

A philosophical approach to story and mood that doesn’t necessarily conform to a neat or upbeat ending. Slower paced, more dialogue driven as opposed to big action sequences, and the influence of expressionism, particularly films produced in the 70s and 80s.

What is your life like as an independent artist? How do you balance the mindspace with the mundane?

Not easily. I work from home and it is very difficult to separate the two sometimes. So, life can be chaotic, particularly as I have a young son with high functioning autism.

How has the response to your work been so far? What motivates you to keep going? Is there any specific feedback that you cherish the most?

I am extremely lucky as I get to do something I love for a living and the fact that I can do that full time, that is, not subsidise doing what I love with another job. It is a privilege. So, I take that as the most positive response my work could get. I don’t think I could do anything else anyway, so that is my motivation—I had to make it work!

I guess it is always nice to hear positive things but sometimes honest, critical feedback can be just as useful. Being nominated by my peers for a World Illustration Award was very special as there are so many brilliant, talented illustrators working today.

What are some of your upcoming projects? Anything related to cinema?

I’m working on a poster of Shakespeare’s Characters for the Royal Shakespeare Company. That should be print-ready very soon. 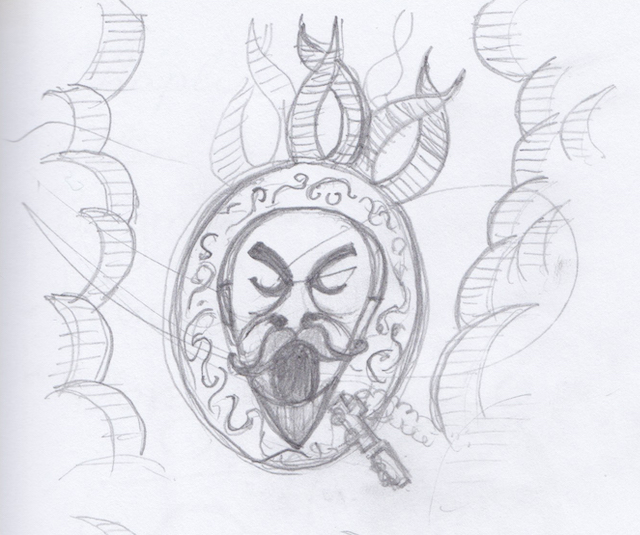 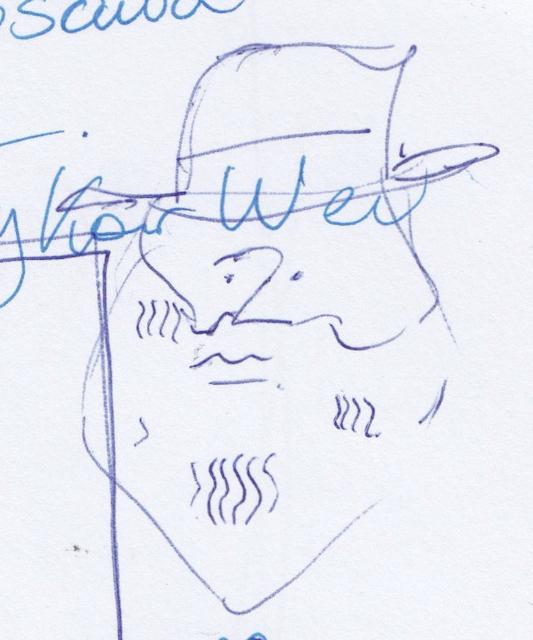 “Most of my sketches are pretty rough. Just a quick scamp on whatever paper or notebook I can lay my hands on. I had to look quite hard to find these. And then straight to illustrating on the computer. They are usually to try and get an idea of how I will approach each image.”

All images have been provided by Andy Tuohy. They may not be reproduced without permission.